Based on a wide range of archive sources, the essay investigates the effects of the Italian armistice on the administrative and institutional life of the Bank of Italy. It analyses the political and financial reasons that between 1941 and 1944 drove the institution to enter into the occupied territories of Yugoslavia, to play a diplomatic role, and to take part in the development of the fascist plans. Among the areas targeted by the Fascist expansionism, the Yugoslavian case is particularly interesting. Only in Yugoslavia the Bank of Italy assumed the risk to enter without «standard of caution», while the military operations in the region were still in progress and the negotiations both for the definition of the borders, and for the property setup were barely started. Furthermore, in Yugoslavia the Bank launched its own branches and sent its own staff in the country. Often it did it in order to support the employees of the Italian financial administration in the disputes with Germans and Croatians. The administration of the Bank gained successful consideration in managing the Armistice's consequences, particularly for the ability to bring back to Italy its own staff. This contributed to strengthen the image of the Bank inside and outside Italy. Claiming its administrative skills, in the war aftermath the Bank of Italy could call for a central role in the economic and political landscape, in spite of its compromises with the fascist regime. 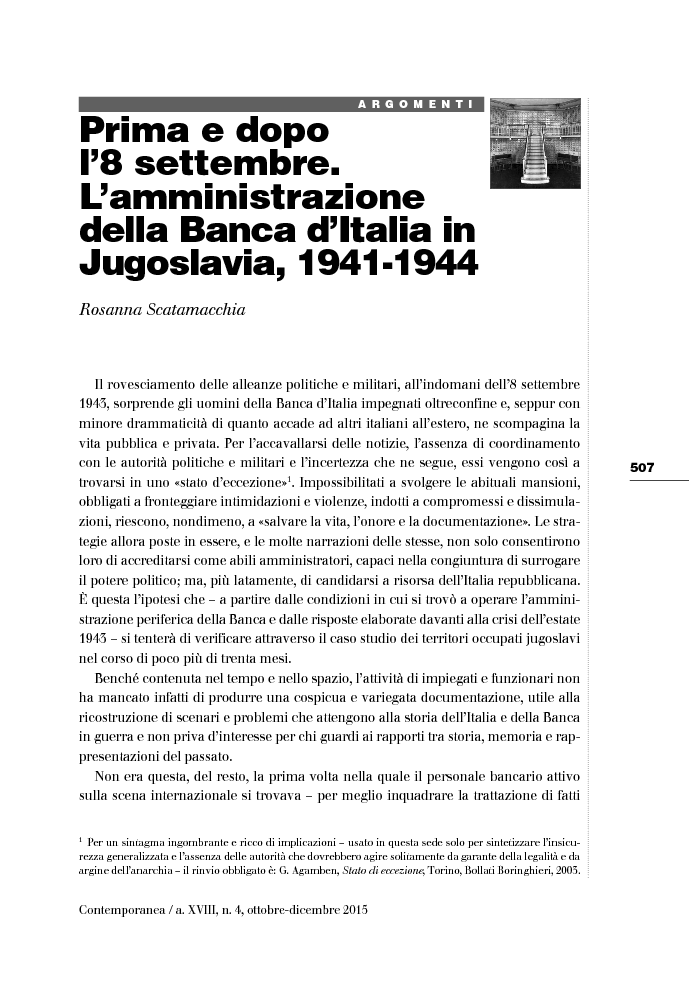