The National medical association, the organization of African-American physicians, was born in 1895 from the American medical association's refusal to accept black professionals in the southern states. In different phases, the association represented a kind of adaptation to segregation, a concrete means of resistance against racism in medicine and a separated organization (although not formally segregated). The Nma had a dual identity: it was both a professional group and a racial organization; consequently, black physicians' profiles resulted from a permanent negotiation between class and race demands. The dual identity caused internal conflicts and originated contradictory attitudes towards social reforms which dealt with black masses' welfare; consequently, the Nma was divided within its ranks on the federal role in health care, and until the Second world war's aftermath strongly opposed a public health insurance. Gradually the Nma's political role prevailed on professionals' self-interest; during the 1960s, the Nma evolved as a militant group, attracting progressive physicians of all races interested in health problems of black and underprivileged masses. 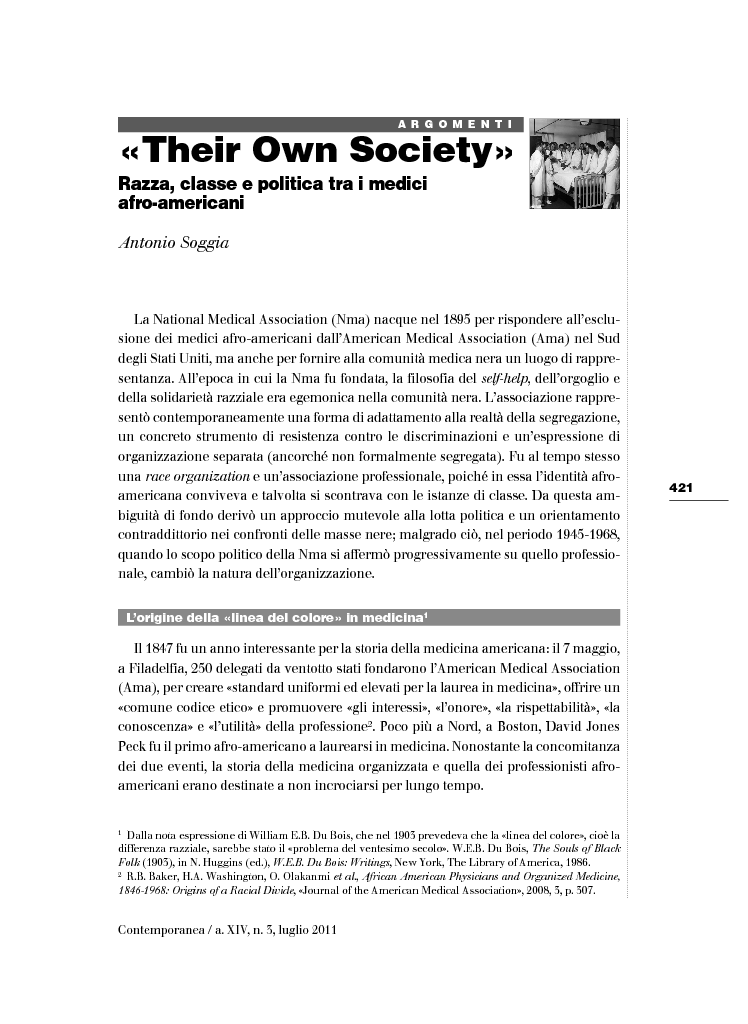