This articles examines violence against women, and especially mass rape, in Bosnia and Herzegovina during the war of dissolution of the former Yugoslavia (1992-1995). Using official sources, tribunal proceedings, and women's narratives, it also deals with postwar difficulties in bringing justice to the victims. The essay explains that women's bodies have been used to perpetrate not only physical violence against the women in themselves, but also psychological and symbolic violence against the entire enemy society both during the war and in its aftermath preventing the return of the violated women to their normal life, and destroying their families. Albeit mass rape in war is not a new phenomenon, the article demonstrates that in this conflict forced pregnancies and the prevention of abortions have been deliberately used in concentration camps in order to induce the stigmatization of the violated women. Partners, families, neighbors and community rejected these «exploited» women and the children born from rape, called «sons of the hatred». 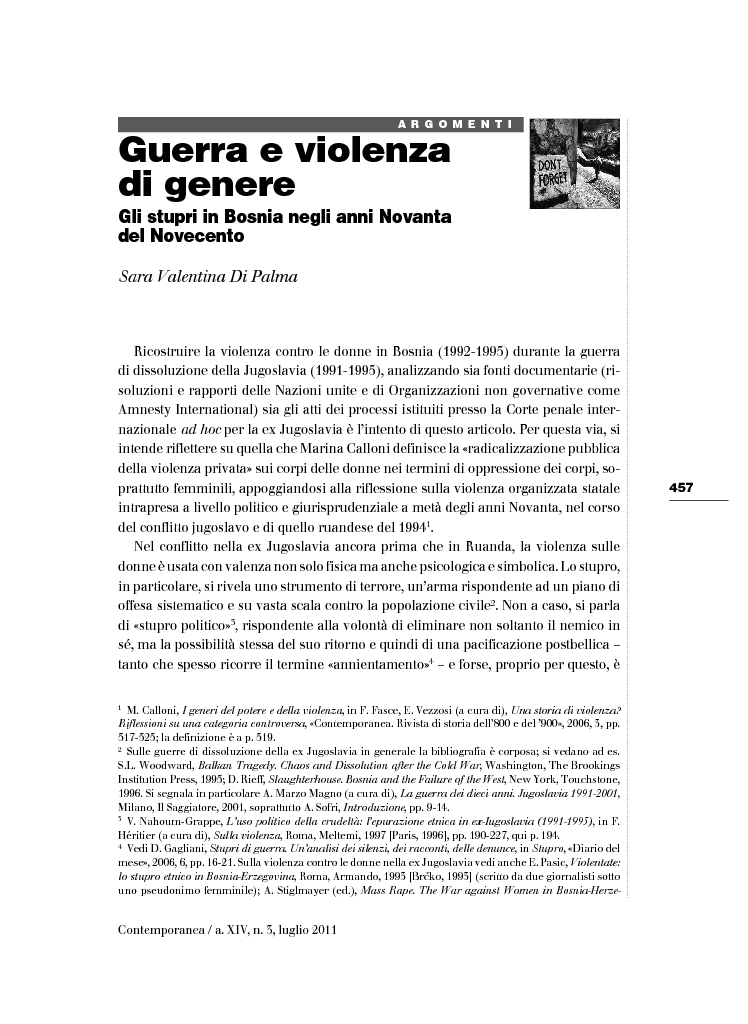