The main operational instrument for the reconstruction of the socio-economic fabric of the South Italy regions, the «Cassa per il Mezzogiorno», has often been the subject of discord and often, a negative consideration within the historiographical debate. The failure of the institution, stigmatized by historians in particular between the late Seventies and the early Nineties, however, represents a limited assessment compared to its experience. In order to a renovated point of view of bibliography and new archival sources, it is possible to underline a concrete network of operations about one of the main state bodies of Italian Republic system. In fact, Casmez’s work proved to be extremely positive, especially during the first years of activity, reaching even today a substantial basis for the current infrastructural system of the regions of Southern Italy. As a peculiar element of research, interventions in sectors such as tourism and culture are configured, in addition to earlier support for industry, are able to demonstrate the high capacity of a specific instrument for Italian reconstruction, after the World War II. In spite of a negative conclusion from its experience, the «Cassa» was far more than a useless public bandwagon. It came to be an important element for the infrastructural and economic reconstruction of the most backward, and until then irremediably forgotten, part of the country. 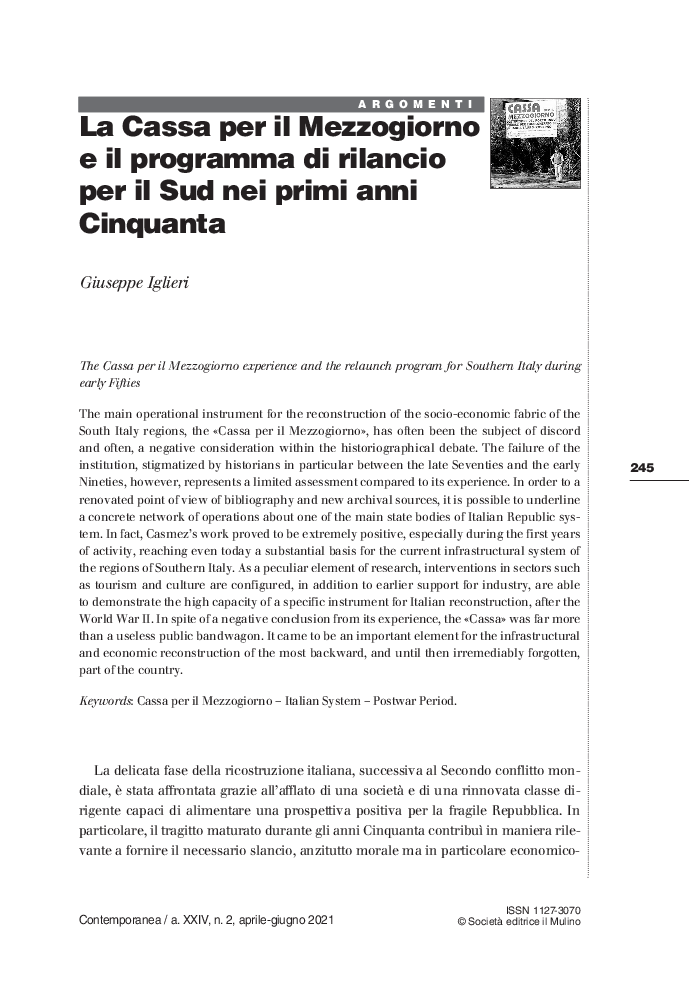