According to a traditional historical view, "ancient regime" sea trade was based on ports shaped as urban markets, which collected and redistributed goods coming from inland regions throughout the centuries. In fact, a significant part of the mercantile practices, the economical actors, the networks and the forms of settlement had little to do with organized and official market towns. Outside of these was a world that "ancient regime" power knew well: a myriad of hardly legal, often just temporary harbours. Despite their limited harbour equipment and little population, these places were very important, not only as stopping places for sea travellers, but also as sites for market exchange. Mostly based on the registrations of ships by the "Magistratura di sanità" in Marseille, this work presents Italy's "Mezzogiorno" coastline in the 18th and 19th century as a place where the geography of harbours, the exchange of goods and the protagonists of this exchange showed an incredible level of density and instability. Between two extremes, the great urban harbour and the uninhabited coast, we observe a variety of forms of exploitation of the territory for commercial purposes, forms which have to be understood in their contexts. 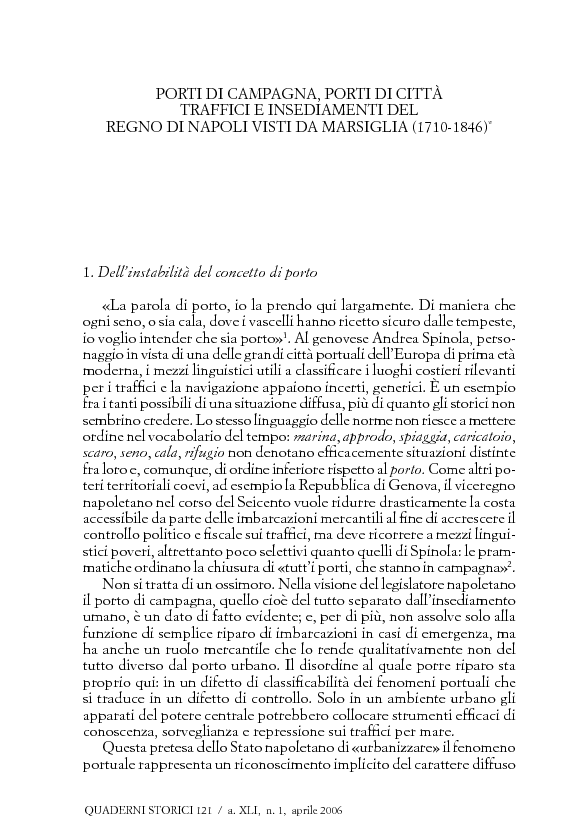