One of the most innovative fields of research stemming from the increasing interest of historians for the lives of the Jews in contemporary Italy deals with the economical role of the Jewish minority after its definitive emancipation. So far, most Italian researchers have stopped on the threshold of the twentieth century and have focused on the strategies followed by the Jewish community to find its way through the economical life of the country. Their conclusions are only partly reliable, and need further and effective analysis. Confronting this field of research with the twentieth century context, this paper aims at a verification of the theoretical models which have been used so far to investigate the economical role of the Jewish minority, confronting them with the distinctive features of the last century. By focusing the analysis on some important figures of the Italian industrial and financial scene at the beginning of the twentieth century, this work outlines their marriage strategies, their economical behaviour, their religious, cultural and political sensibility. The paper stresses the importance of following the distinct biographies with extreme attention, trying to get to a thorough knowledge of the sensibility, the formation and social origins of these characters, before we hurriedly classify them in the vague category of the "Jewish entrepreneurs". 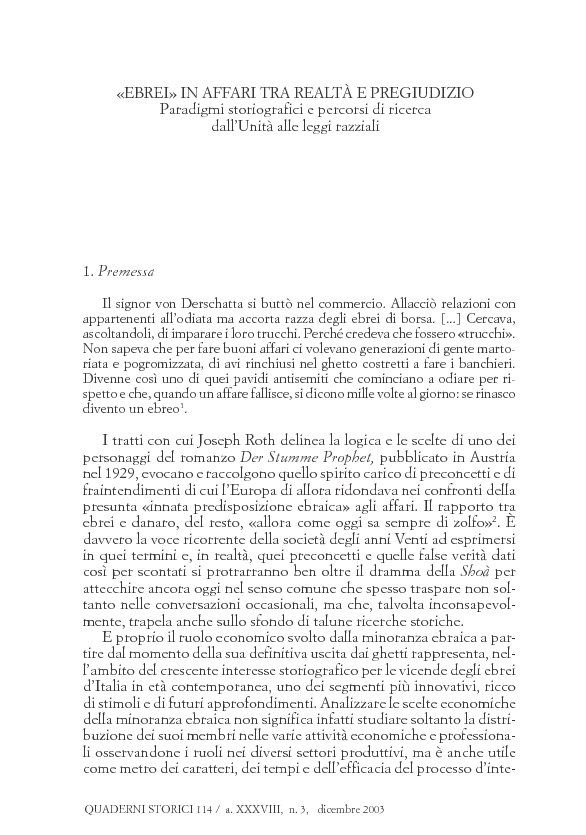