The article considers the female artist flâneuse of the end of the 1800s and early 1900s as a figure which «tracked» the relationship between space and gender in modernity. In fact, in the phenomenon of flaneurism one can read the symbolic and spatial actions which have governed the construction of gendered bodies and thus the laws of social visibility/invisibility of men and women, laws which state the visibility of the "flâneur", and the invisibility of the "flâneuse". In reality, the "flâneuse" has left her traces in wandering the modern city: from cross-dressing to shopping, from the cinema as a «liminal space» to the many spaces only inhabited by women. Like their recent forebears, contemporary female artists still continue, like post-modern "flâneuses", to cross and interrogate urban space with performances and works that, in particular from the seventies onward, evoke the cultural and communitarian memories they contain and which have often been erased. 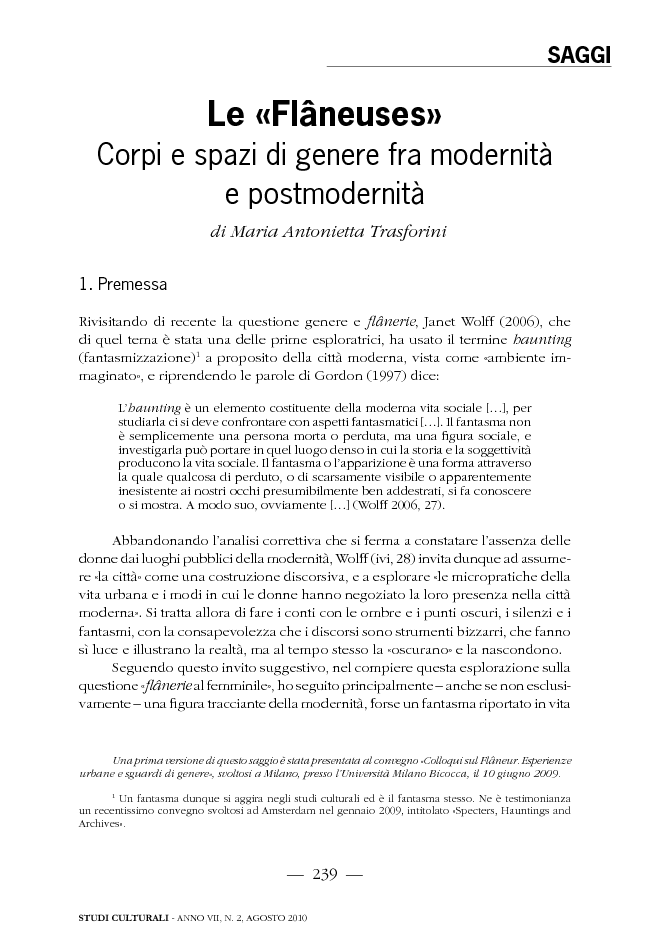