In approaching the rather complex debate around AIDS and its cultural and artistic impact, my work, rather provocatively, starts from the analysis of the multifarious, ambiguous and sometimes deeply misleading definitions that mark both the medical and the cultural discourses concerning this pathology. The diachronic development of feelings, stereotypes, social beliefs, and cultural and artistic representations of PWA - Person With Aids - seems to reach a peak in the nineties. It is probably triggered by two diverging influences: on the one hand, the widespread popular opinion that the people who have been infected with AIDS are «swirling around in a cesspit of their own making» (James Anderton on BBCRadio 4's Sunday program on AIDS); on the other, the increasing number of well-known artists who admit having been diagnosed HIV positive and very soon died (Freddy Mercury, 1992; Derek Jarman, 1994). Looking for a way to make sense of a world that forces them to feel like outsiders, gay artists - as never before - use familiar genres as instruments to expose the elision of their personal identity in a community where AIDS is commonly perceived as the homosexual plague. The body of the artist is marked by a double destiny, combining a "phy¬sical" death with a "social" death, and producing a commitment to life that is to be articulated through the tools of both sciences and humanities. 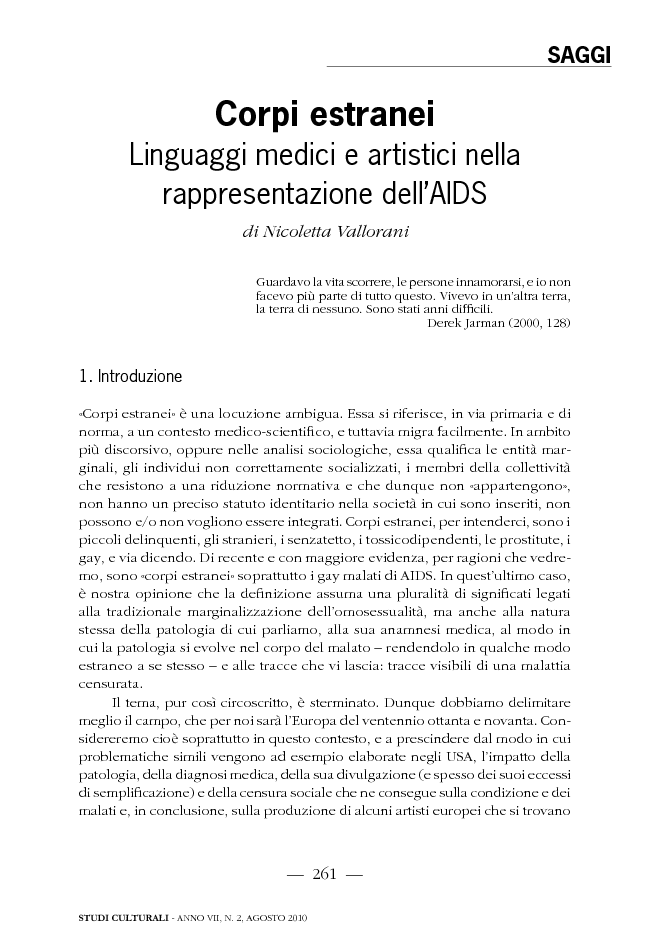