In 1656 R. Vallin published a commented edition of Boethius's "Consolatio" on the title page of which Lady Philosophy wears a Greek peplos, as if she were the Goddess of Wisdom. From 1656 onward, title pages and frontispiece plates, imitating the title page of Vallin's edition, were printed more than once. The Greek peplos appeared on the frontispiece of the German translation of the "Consolatio" published by C.K. von Rosenroth and F.M. van Helmont who took advantage of both Vallin's critical text and Neoplatonic commentary. However, since the former enjoyed a wider circulation than the latter, Lady Philosophy ceased to wear the Greek peplos in order to don a sober garment, more suitable with Cartesianism and Christian Stoicism. She even donned the rough tunic traditionally worn by the personification of Biblical Wisdom, as she did on the frontispiece of the theatrical adaptation of the "Consolatio", arranged by J.J. Fahsius. 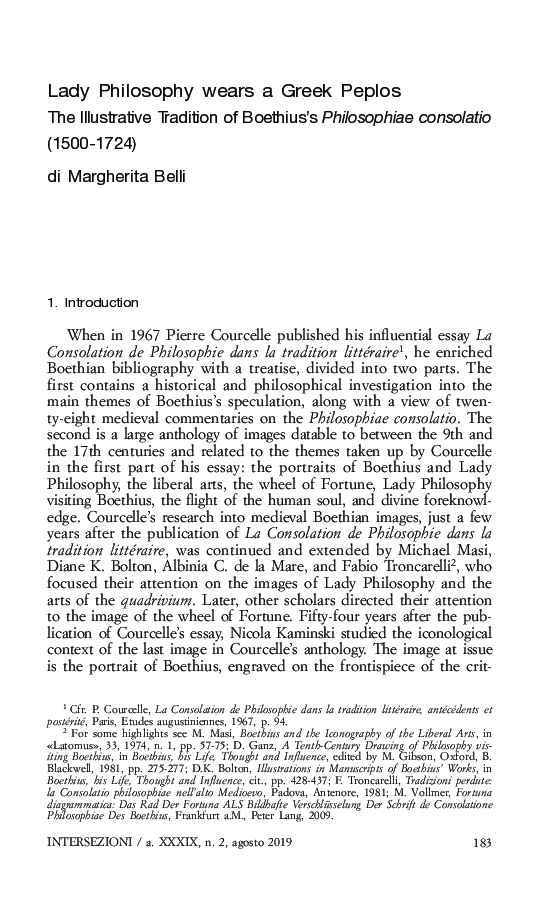