Recent research on the ongoing discoveries regarding Rita Levi-Montalcini's nerve growth factor (NGF), and within connectomics in general, has called to mind Santi¬ago Ramón y Cajal's contribution to neurogenesis. Cajal was convinced that during the process of development the nervous system, and in particular the brain, respect¬ed three laws of economy: conservation of time (of conduction), of material and of space. He believed that these standards of economy were not the result of chance, nor even of evolution. Nonetheless he had been an avid reader of Spencer's work on biology and, in his youth, he had shown considerable interest in philosophy. In his maturity, however, he had moved away from the Darwinian model to embrace a neurotropic (or «chemical guidance») approach, which in the early twentieth century would enjoy the support of many neuroembryologists. 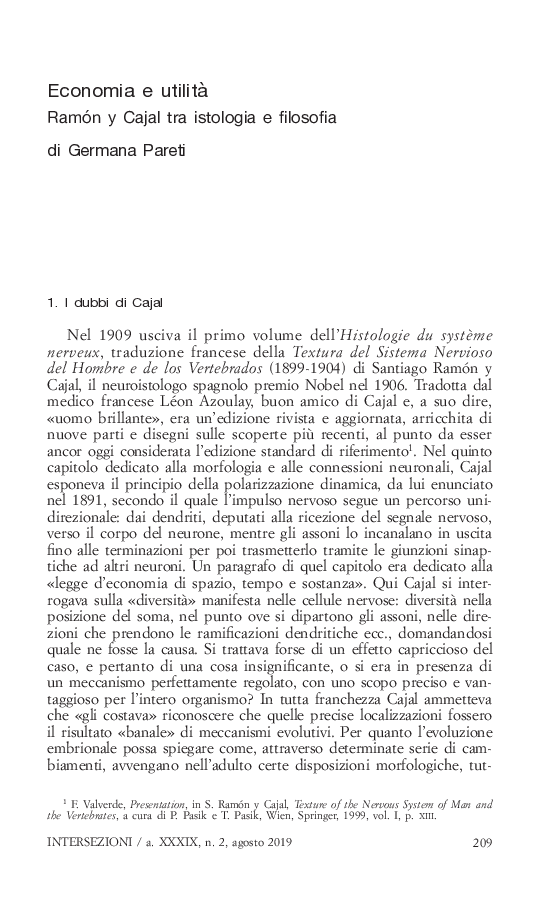