This essay examines Bertolucci's film "Berlinguer ti voglio bene" in the light of the theme of the peripheral areas in literature and cinema. The aim is not to treat the film as an historical document relative to the Italian events in the 1970s, but rather to show how the underdeveloped regions can represent, for certain artists, a touchstone to account for how the world changes, above all in terms of its centers. These peripheral events, as such, act as a distorting mirror and yet also reveal what actually happens in the metropolis, and more in general, the dynamics of modernization. In our case, the inadequacies of the main character Cioni and his friends, above all regarding sexuality and relationships with women, illuminate the contradictions and the aporias of a cultural revolution which, begun in revolutionary terms in the 1960s, soon met with consumerist drifts. 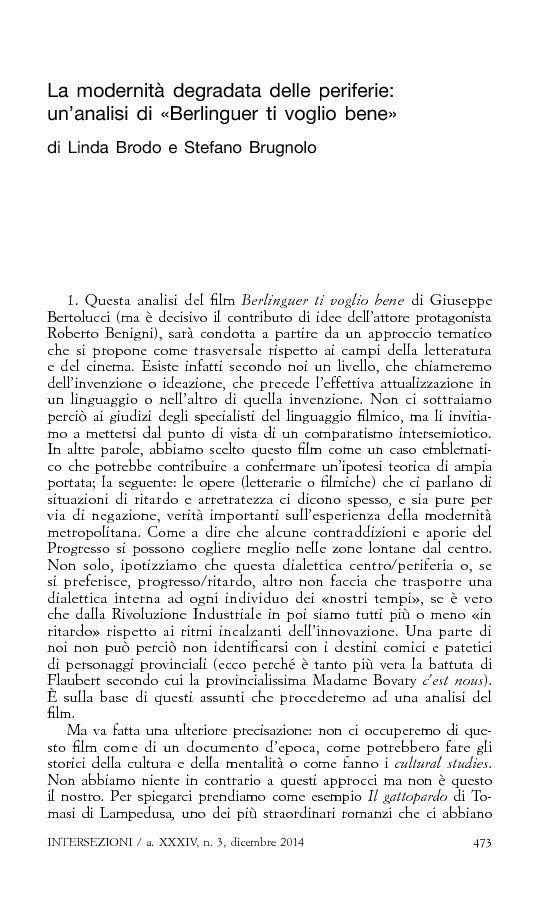