This essay is a synthetic exposition of Bergson's aesthetic theory, developed through interpretations that critical literature has given about it. Owing to the absence of a coherent body of work strictly connected to this theme, a lot of interpreters have been involved into a common project of redefinition of his Aesthetics, which has followed two main directions: on one hand, some critics have shown the analogies between Bergson's "intuition" and impressionism, revealing the powerful role of images in his works; on the other, this association has been perceived as the most evident failure of his philosophical system. This historical survey describes the cultural debate arisen on Bergson's theories of intuition, image and pure perception, from the first reviews to Raymond Bayer's essay. 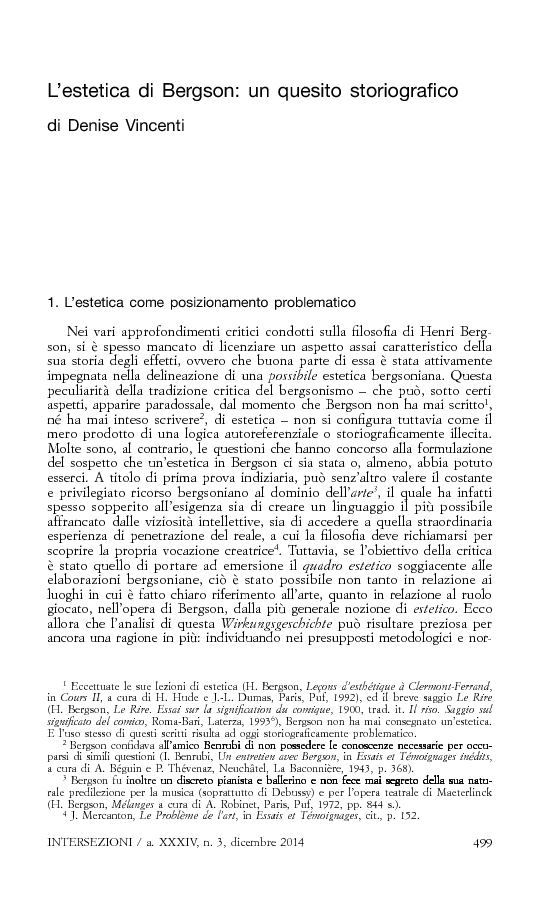