The lack of success of "Così fan tutte" in the 19th century is probably due to the cynicism and the anti-romantic essence of this opera. Until the early 20th century critics merely pointed out the separated responsibilities of Da Ponte and Mozart, denigrating the text and praising the music, respectively. The veracity of the characters' feelings has also been questioned. This article tries to demonstrate how, on the contrary, the two authors shared the purpose of realizing a piece of work aimed at dethroning the ideal of love, calling into question the entire foundations of a system of values on which Western society has been based for centuries. They do not deny the existence of feelings, nor their strength: what is disputed concerns on the one side their durability, on the other the convenience of giving in to them. The problem to solve, according to our interpretation, is the dialectical relationship between the two souls of this opera, well explained in the double title: "Così fan tutte", irreverent rejection from a formalist and conformist approach to the theme of love, and "La scuola degli amanti", didactic pièce about the fickleness of human nature. 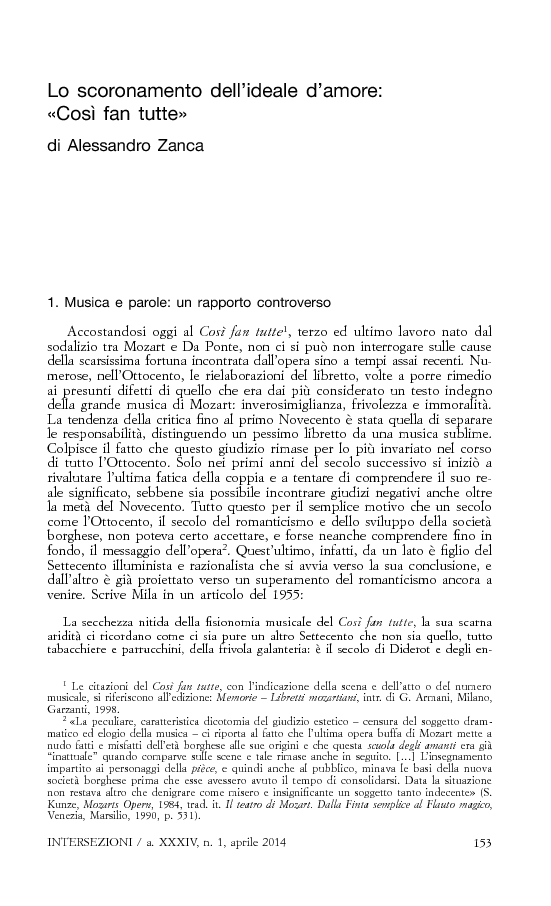