Founded at the end of the 18th century by Franz Joseph Gall, phrenology achieved little success in the Marxist tradition. Despite being written off by 20th century Marxism as a pseudo-science that was «reactionary» and «bourgeois», it aroused an unexpected interest in Marx himself, who had an early encounter with phrenological theories thanks to the critical mediation of Hegel's works. Later, during his exile in London, he read books on phrenology, and expressed some singular opinions on the matter in letters to his friend Friedrich Engels (who was in turn interested in British phreno-mesmerism) and to Dr. Ludwig Kugelmann. While rejecting the anatomical-physiological assumptions of phrenology, Marx was to use the cranioscopic method introduced by Gall to choose the future members of the Communist League. 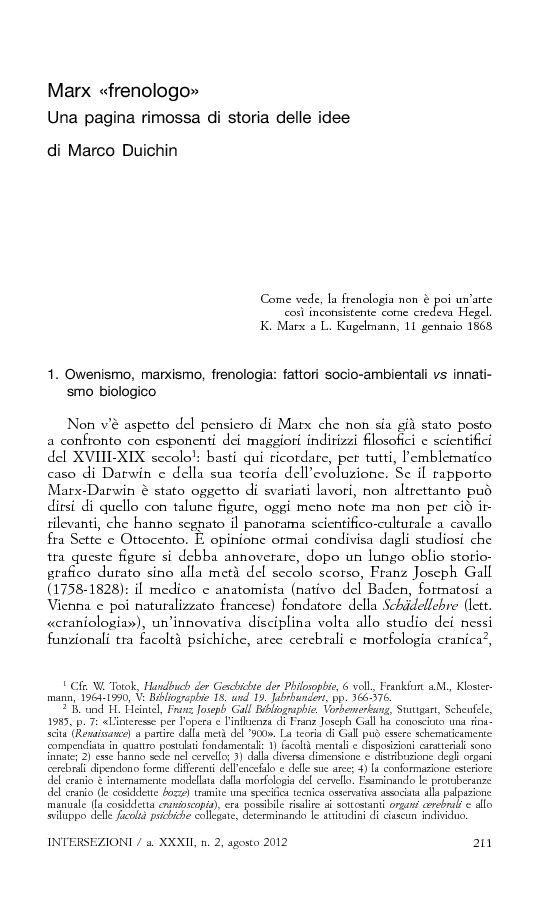