The Ebola outbreak of 2014-2015 in West Africa has switched the light on the international action in response to global health emergencies. This article explores and assesses the measures taken by the international community in response to the Ebola epidemic, with a special focus on those adopted by the WHO, the UN Secretary General, the UN Security Council and several other actors (i.e., the World Bank Group, and regional actors such as the African Union, ECOWAS and some regional financial institutions). The article is aimed at highlighting the ("prima facie" many) "novelty elements" that some of the measures undertaken by these actors (above all, the Secretary General and Security Council) show in relation to the previous practice on the international management of the 'public health emergencies of international concern'. In this respect, a closer analysis is devoted to the initiatives adopted by the Secretary General and Security Council, particularly to their legal foundation and legitimacy, given the significant (doctrinal) debate they have given rise to. The article then turns to investigate and discuss the "actual innovation" and the "very effectiveness" of the measures adopted in response to the Ebola epidemic. 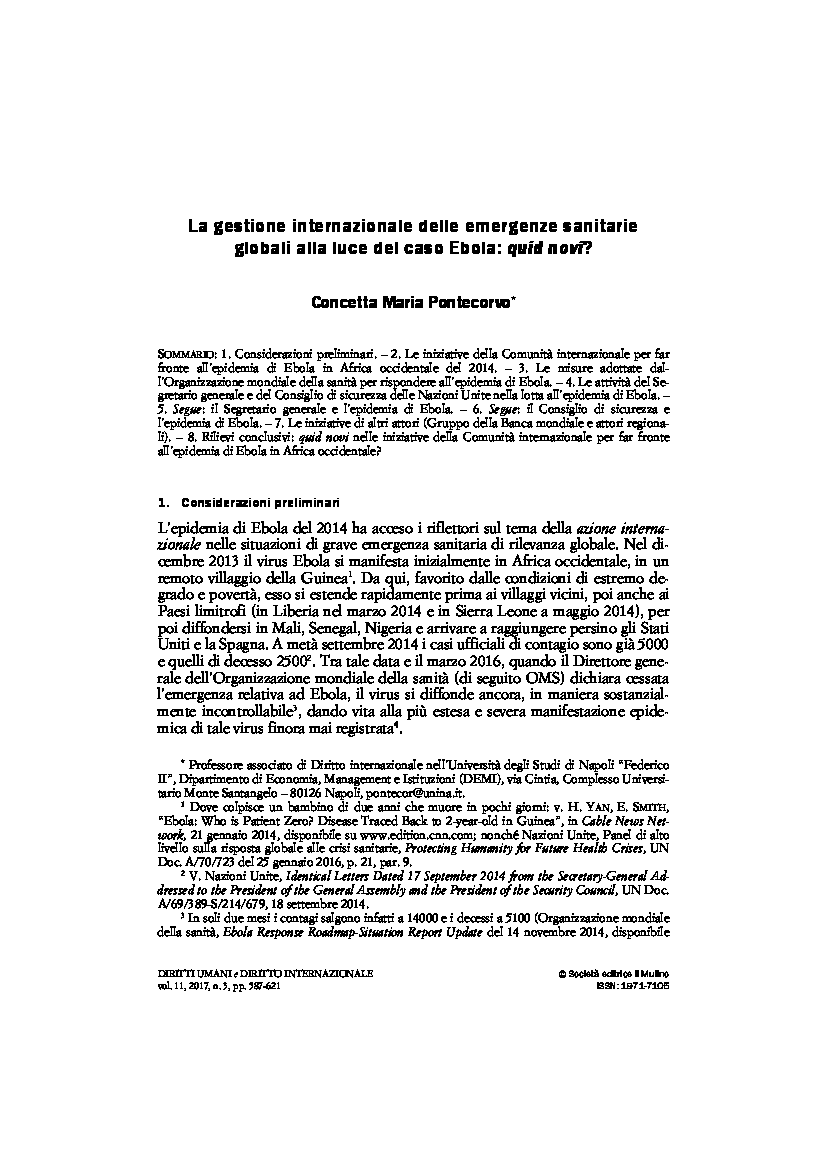