According to some authors (Hennette Vauchez, Waldron, Le Bris), human dignity would be provided with an "objective" or "collective" dimension, being therefore able to charge individuals with obligations. Human dignity, seen as an "objective" value, would therefore take the shape of a 'right of the humanity' (at variance with human dignity, usually understood as referring to individual rights) under international law (Le Bris). Human dignity should be distinguished from simple individual rights - such as the right to freedom of expression or to dispose of one's own body - with which it can easily enter into conflict. On the contrary, it is impossible, in my opinion, to state that an unitary concept of objective dignity may be drawn from the relevant practice, if one only takes into account that: a) in many relevant cases, references to dignity are simply ... not made; b) in some cases, references to dignity seem to be too generic (e.g.: the "Jordan" and the "De Reuck" cases); c) only in a few cases ("Peep-Shows", "Dwarfs Tossing", "Omega"), references to dignity are construed as related to an 'objective' notion of dignity; c) in other cases ("Netherlands v. European Parliament and Council of the European Union" and "Brüstle v. Greenpeace"), references to dignity are construed so as to exclude the right to a commercial exploitation of the human body (as a whole or in part) or embryos. It is therefore difficult to conclude that dignity would amount to a 'right of the humanity' (Le Bris) under contemporary international law; and it is "equally" difficult to infer from the said practice a general principle of international law on dignity (i.e., "objective" dignity). At the same time, it has not to be neglected that both the "Netherlands v. European Parliament and Council of the European Union" and the "Brüstle v. Greenpeace" judgments, display a clear tendency towards the need to prohibit (different) forms of commercial exploitation of the human body and human embryos. One could therefore conclude that a EU general principle is currently in force, according to which the commercial exploitation of the human body and human embryos should be banned. Such a principle may extend even beyond the EU, as far as both the "domestic" law and the case law of other European countries could conform to it (so as it occurred at the beginning of its formation, because of the case law of French and German courts). 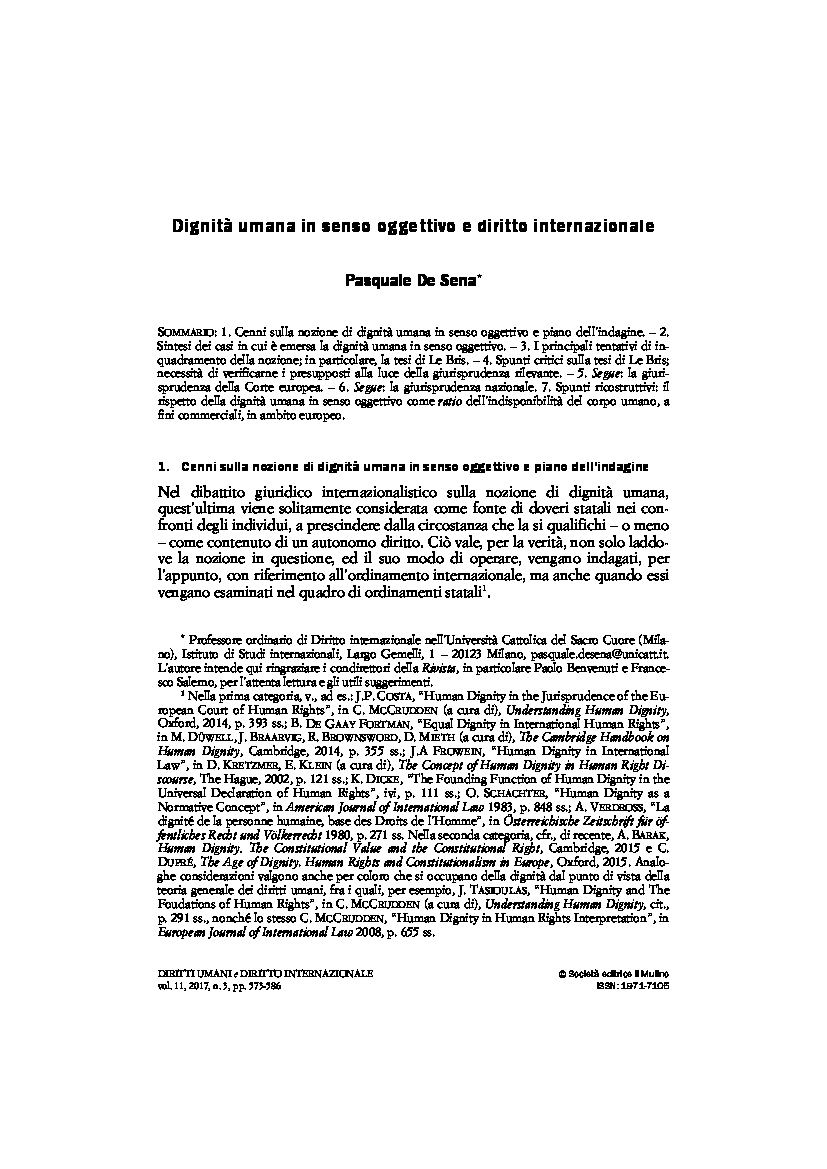