Known at worldwide level as an expert on adults education and lifelong learning, Ettore Gelpi (Milan 1933-Paris 2002) devoted his most important 'educational struggles' on the issues of discrimination in acquiring education, the sustainable development, the education for democracy, the cultural pluralism. Less known is his commitment - albeit constant especially in his first experiences as educator, for young people - the first subjects involved in the lifelong process of education and potential actors in changing the society. At a time like the present, in which young people find themselves living in the middle of the contradictions of globalization, in a headlong rush to comply rather than to express, in a widespread climate of uncertainty, the Ettore Gelpi's tought is to think collectively, looking places where comparison is possible, heading us to a possible solution to the increasingly widespread youth needs. 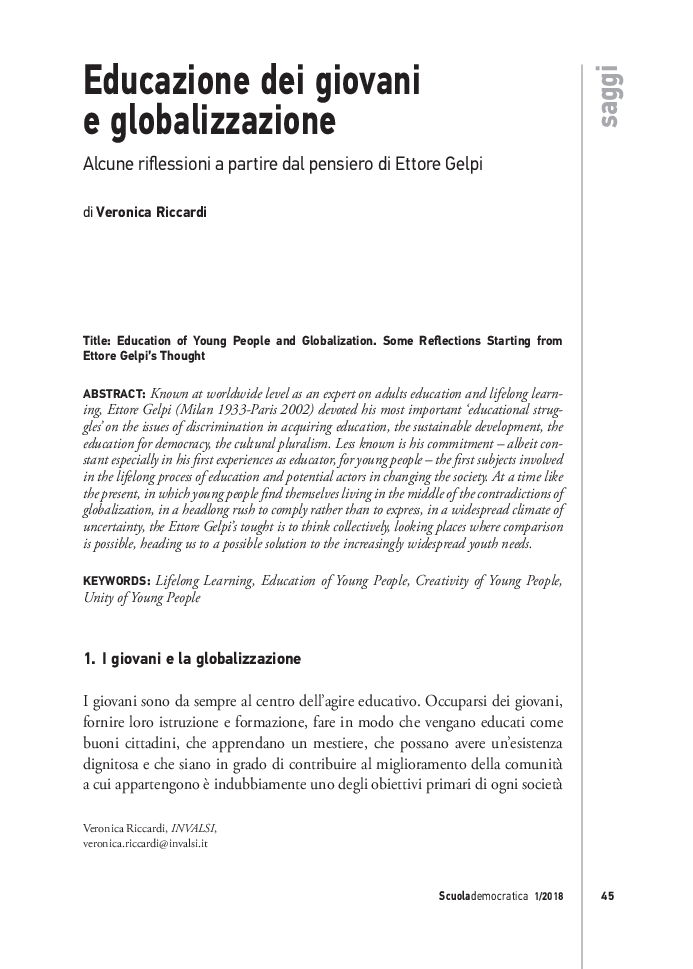