While gender mainstreaming in research has been systematically supported at the institutional level, most especially by the European Commission through its funding schemes, less attention has been drawn to academic teaching. However, gendering education is an equally essential pillar to take care of, given that it is in universities that future researchers and scientists are currently educated and trained. Focusing on the case study of medicine, this paper aims to give an account of what a gender-blind approach to science is, and what biases it entails at different levels of biomedical practice, from knowledge production (research) to its transfer (clinical practice) and teaching (education and training). To do so, an interdisciplinary literature review – ranging from the health to the social sciences – has been undertaken with the aim of constructing a conceptual framework that could help to map and classify the various forms of sex and gender bias in medicine. A few good international practices aimed at debiasing academic curricula in medical schools will be described as well. In this regard, the efforts made in the domain of higher education remain fragmented and limited to a single country or organisation-based initiatives, while a more systematic approach should be encouraged. 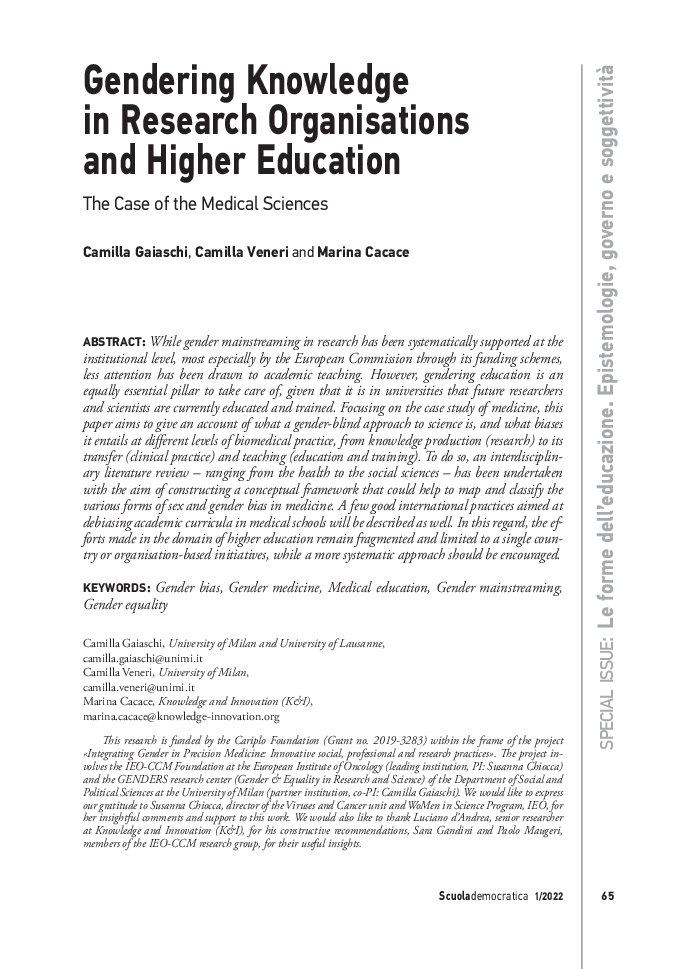