Richard Titmuss identified three different types of redistribution through which individuals can receive social benefits: «social welfare», «occupational welfare», and «fiscal welfare». In the case of the latter, Titmuss was referring to a variety of interventions that States can carry out through the tax system (such as tax relief, incentives, etc.) to encourage purchasing of social benefits. Among the three modes of redistribution, «fiscal welfare» has received the least attention in welfare studies. The essay seeks to quantify the relevance of fiscal welfare within the Italian welfare system. Based on available evidence, the overall size of tax breaks in Italy appears to be very significant, especially in certain policy fields. The article shows that in recent years fiscal welfare has played an increasingly important role in the national welfare system. 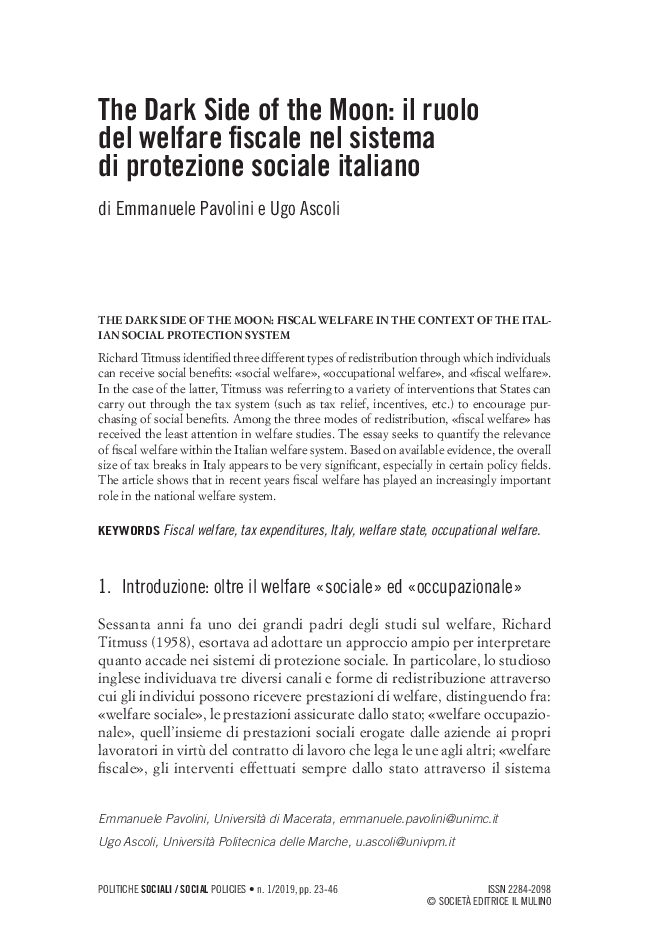