This contribution deals with the common policy addressing the Alpine regions from the establishment of the European Economic Community (1958) until today. It highlights how the European regulation and fi nancial aid system affected the transformation of the Alpine space in the second half of the twentieth century; furthermore, the contribution of the Alpine space to the European integration process is analyzed, by reference to the increasing cooperation among Alpine regions over the last few decades. Thus, the study aims to shed light on the interwovenness between the making of Europe and the growing awareness of the environmental value of the Alps, which have come to be considered «European Mountains», despite the limited attention to this area in the early stages of European integration. The article lies at the crossroads between political and environmental history, as it focuses on the changing perception of the Alpine natural heritage within EEC and EU policy. 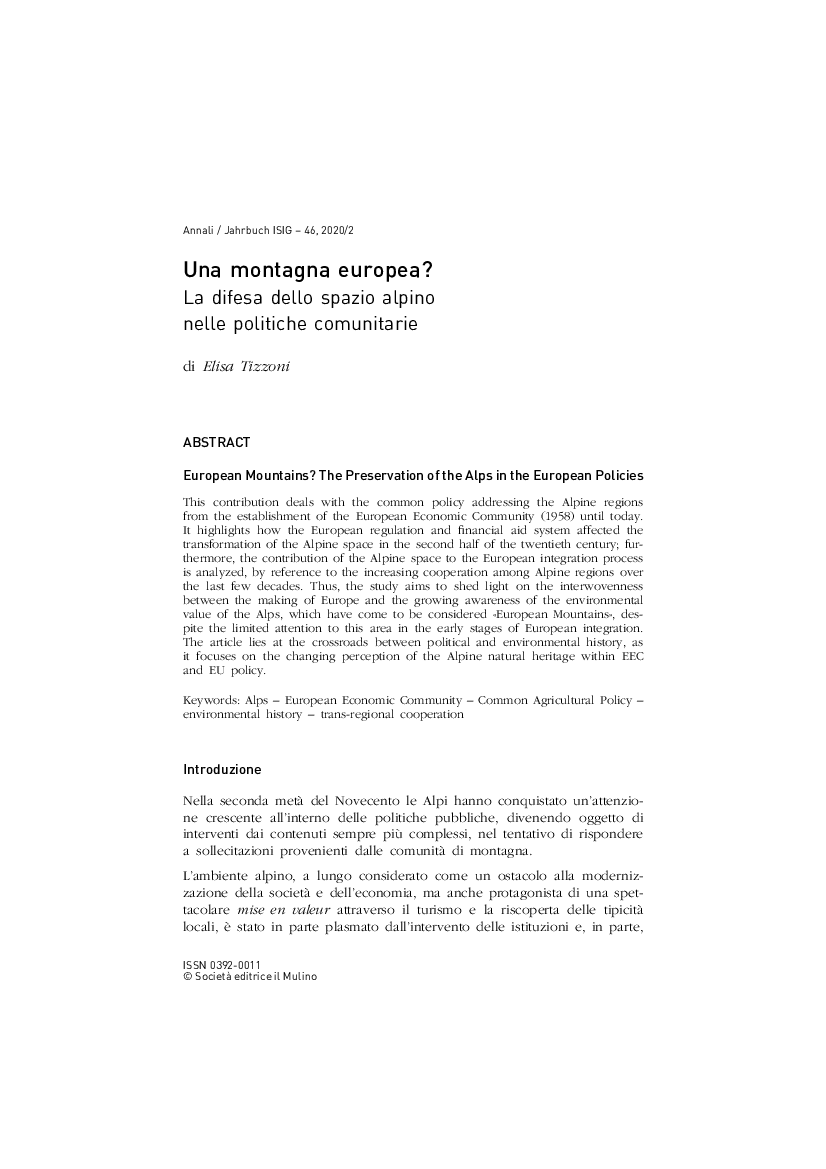