This article discusses challenges commonly faced by historians who seek to assess the impact of mass media, especially mass papers, radio and television, on social and political change. Focusing on the 20th century and on national as well as transnational settings, it asks how historians can learn from media studies. It presents several approaches: actor-centered media history, intermediality, medialization history and the analysis of reach, standing, framing and agenda-setting. It urges new research on the medialization of private life and social life, and on the nationalizing impact of audio-visual media in non-national and transnational settings. Television history is taken as an example for media history at large. 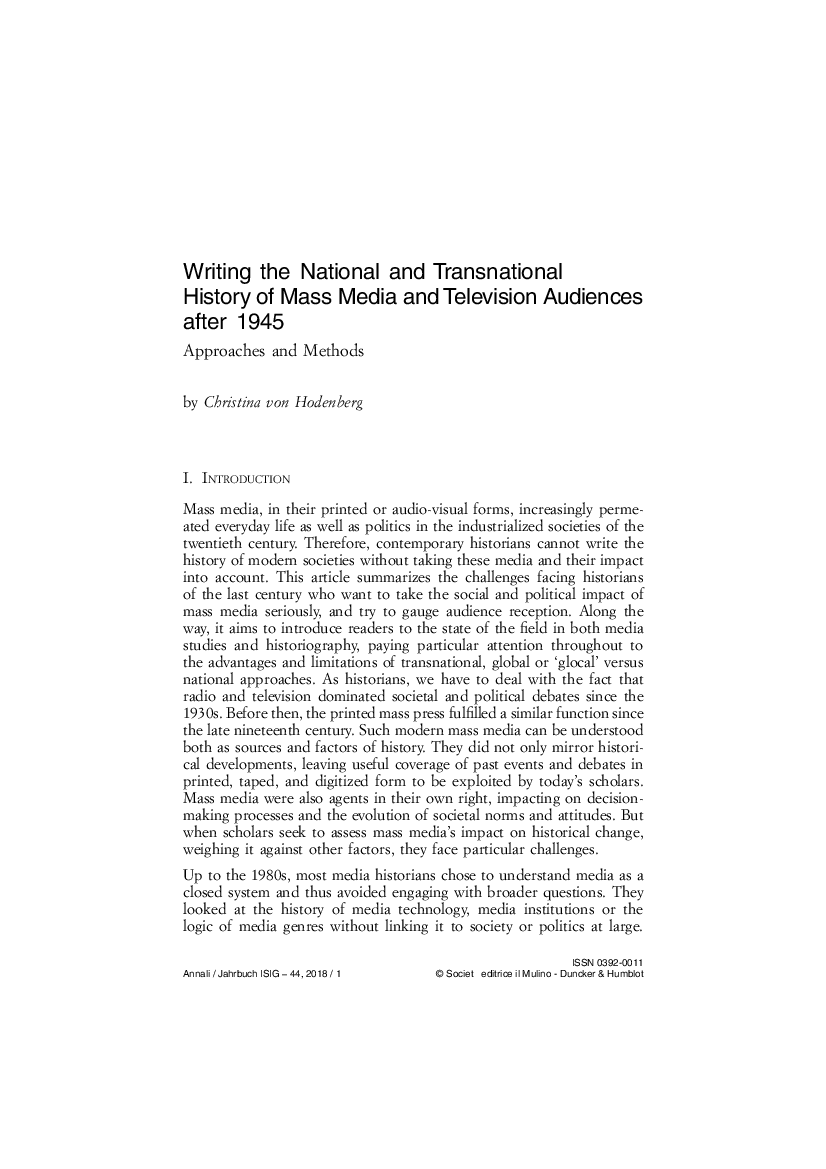