In the plenary hall, parliamentary legislation by majority vote finds its conclusion and symbolic reinforcement. To determine the parliamentary contribution to the visual order of legislation, one should therefore focus on this symbolic place and decipher its political semantics. Using the example of the provisional Reichstag building in Berlin, the first new political building of the German Empire (Kaiserreich), this essay shows how and through which structural, architectural, and design decisions the Parliament formulated its claim to be the representation of the people and, in doing so, at least symbolically invoked with the idea of popular sovereignty. Among other things, it looks at the question of planning sovereignty, the location of the plenary hall in the building, and the significance of the spectator stands 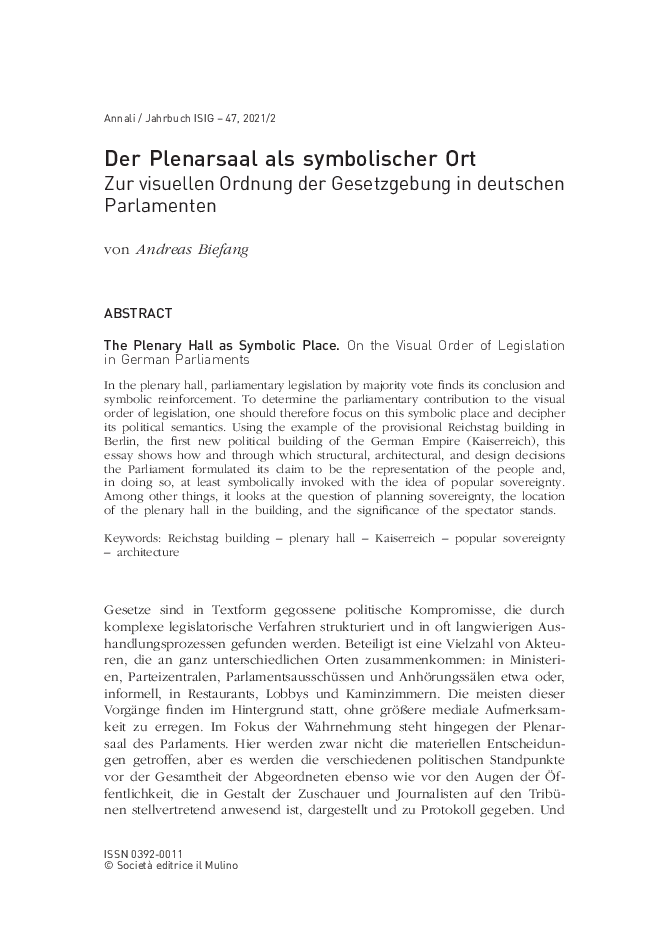