The goals of the workers’ movement have always encompassed economic and industrial democracy, whose main feature is the intention to extend to the production activity domain, the democratic and participative principles typical of public-sector entities. Being aware of the unclear and authoritarian nature of the management of that domain, the political parties and organisations that were behind the workers’ movement – considering both its reformist and social democratic wing, and its revolutionary and communist wing – leveraged the reunification of the political and economic domains to define their own pattern of society. This contribution sets out to summarise the main steps of the evolution of the socialist and communist theories in this specific field. After an overview of the Marxian thought concerning the split between / reunification of the political and economic domains, the author analyses the Middle-European debate in general terms, as well as the different theories developed in Italy between the aftermath of WWI, and the end of the 1980s. 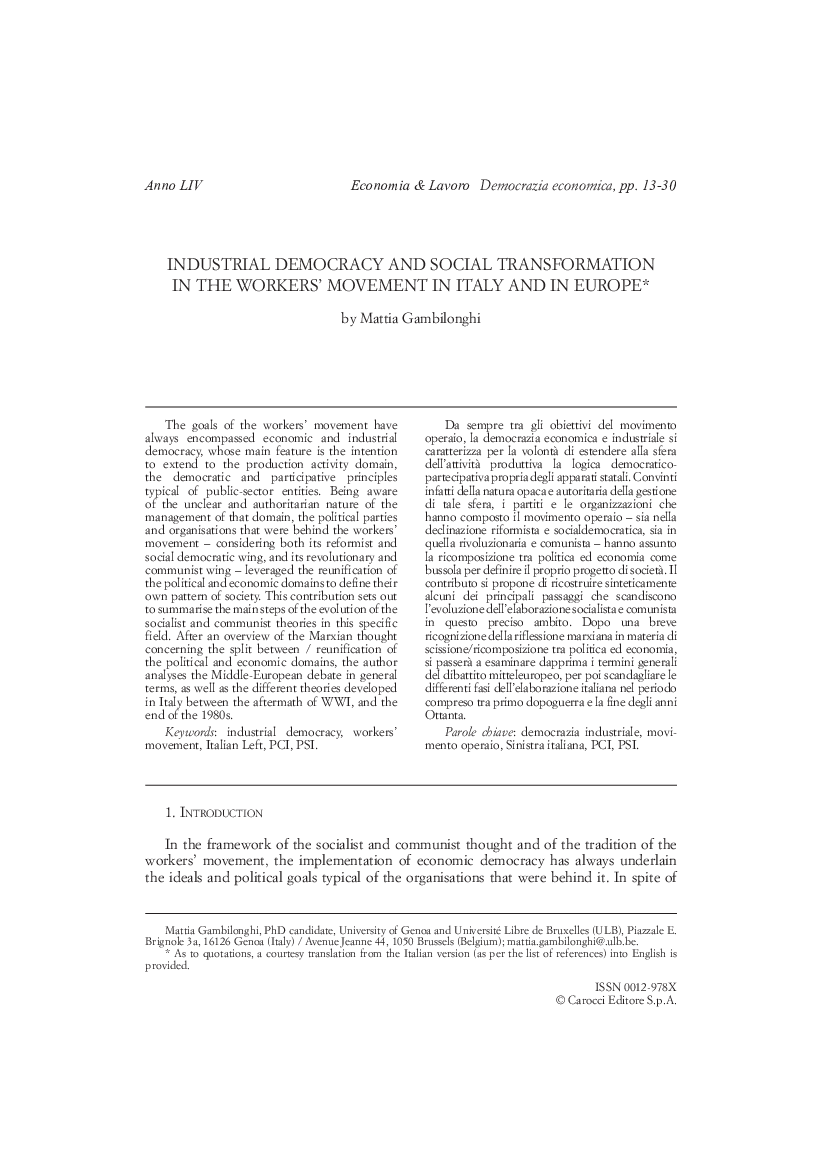