Studying Nordic economic democracy is very useful from both the conceptual and the historiographical points of view. With such form of democracy, an attempt was made to eliminate the contradictions related to parity between capital and labour: to ensure full employment while granting workers increased control over investment, and avoiding capitalist or State monopoly on it. Moreover, this form of democracy represented an attempt to overcome this parity, setting up a framework in which labour was given prominence according to a model characterised by increased socialist content, without, however, eliminating – in a dogmatic and totalitarian manner – private capital or the market. This essay thus explores the concept of “functionalist socialismµ and its historical meaning. It also provides food for thought to reconsider the idea according to which the prevailing social-democratic model was solely welfarist and Keynesian in nature, without putting into question capitalist ownership. Finally, it offers cues to understand the decline of wage and parity in the capital-labour trade-off. 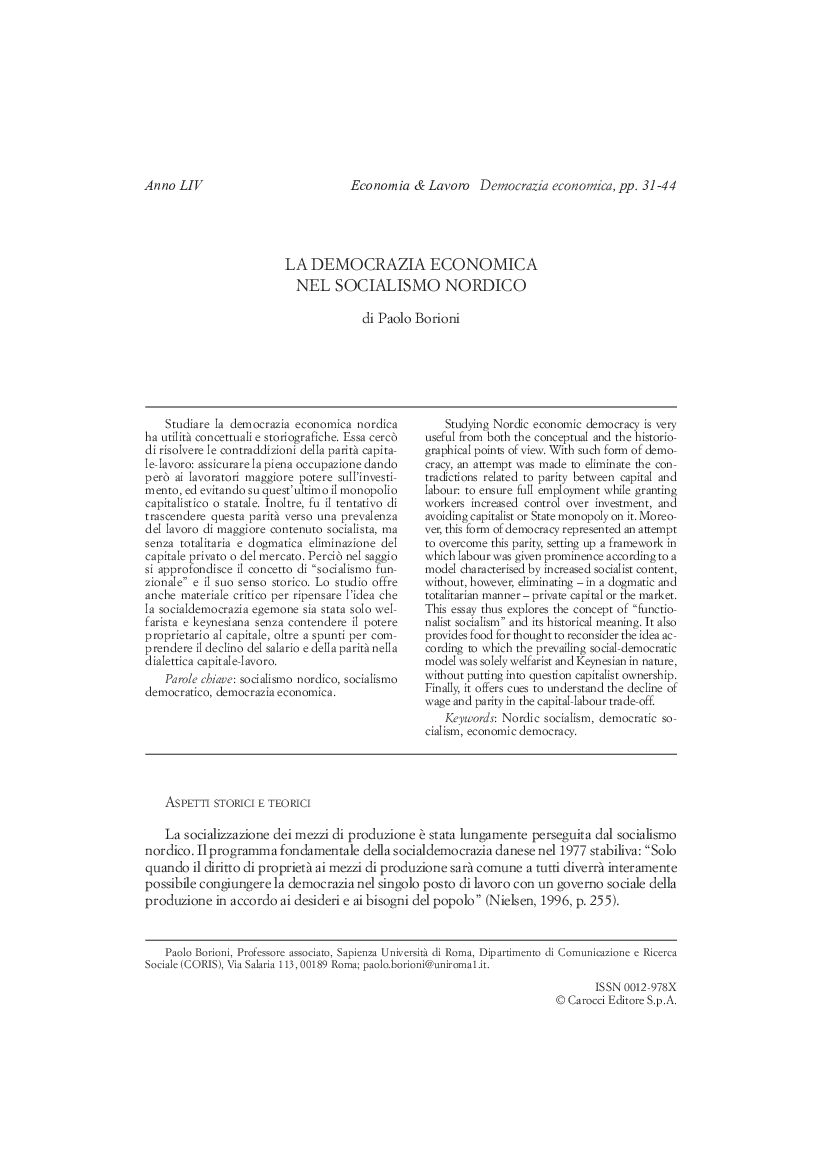