The Italian recession is for now only technical in nature, but the real one is just around the corner. Indeed, the problems linked to the "poor mercantilist" development model that Italy has been implementing since the Maastricht Treaty - based on the compression of domestic consumption by the real wage cap imposed on wage bargaining, and on the international trade surplus - have eventually emerged. That model of growth, certainly modest and incapable of halting the impoverishment of the country, experienced a crisis in 2018. Exports no longer ensure development. And since national economic policy certainly cannot alter the dynamics of global demand, the Government and companies - thanks also to the request put forward by trade unions - are obliged to promote the development of the domestic market. To this end, the article proposes a three-level Social Compact (between the union and employers' representatives, between the social partners and the Government, between the Government and the social partners, in a coordinated manner, and EU institutions) aimed at ensuring a new phase of wage-led growth of the economy. 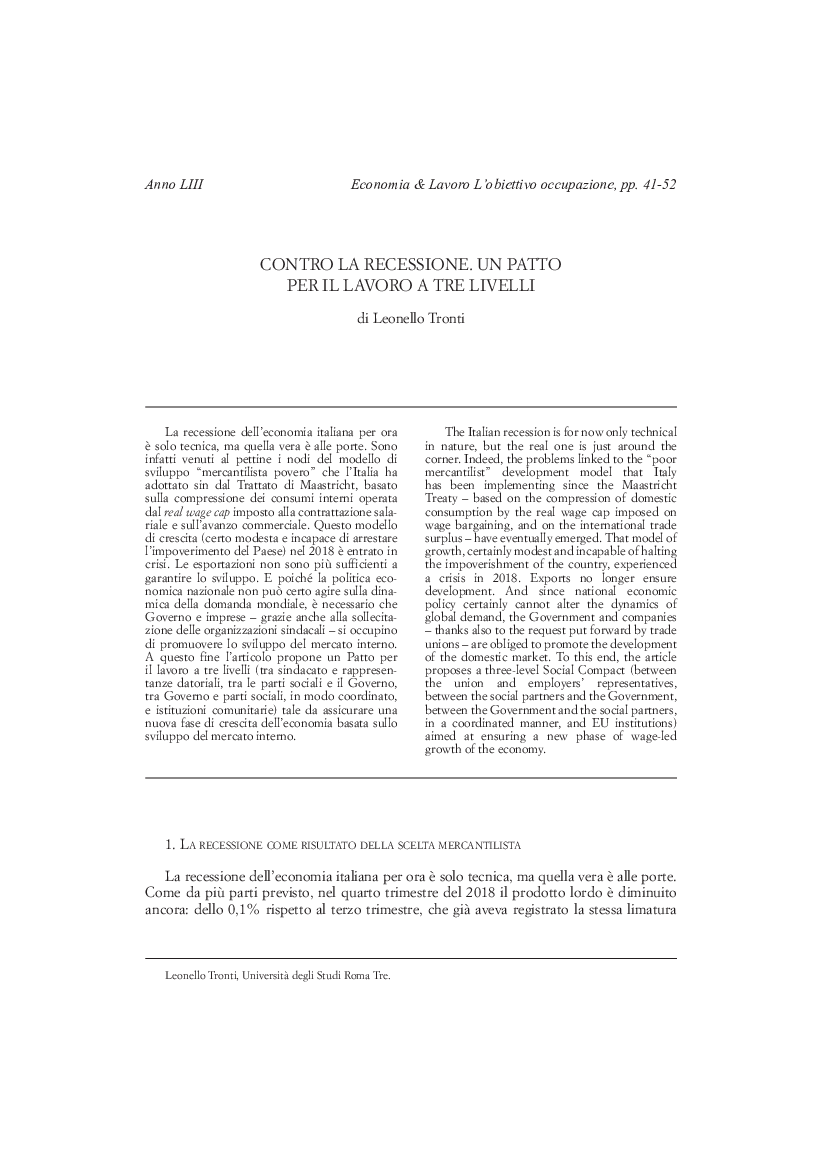