Over time, trade unions have increasingly turned their attention to bargaining at firm level, gradually abandoning their sphere of macroeconomic intervention that had characterised their actions in the past. Taking sometimes a hostile stance, unions have focused their actions on government policies; however, in this area, such actions have been carried out in a non-cooperative manner and have seldom had concrete effects. Our paper analyses the role of union actions in the formation of macroeconomic policies. It highlights their theoretical and empirical features and why they are necessary with a view to protecting workers. Finally, building on an initial idea of Ezio Tarantelli, the paper suggests a change in trade unions' approach to the formation process of economic policies: from conflictual to cooperative. The approach should become cooperative not in relation to the definition of union priority goals, but in the ways in which they are proposed: if unions intend to table (or critically analyse) some actions, they should do it with the same "language" and in the same area as the subjects that are supposed to implement (or propose) them. 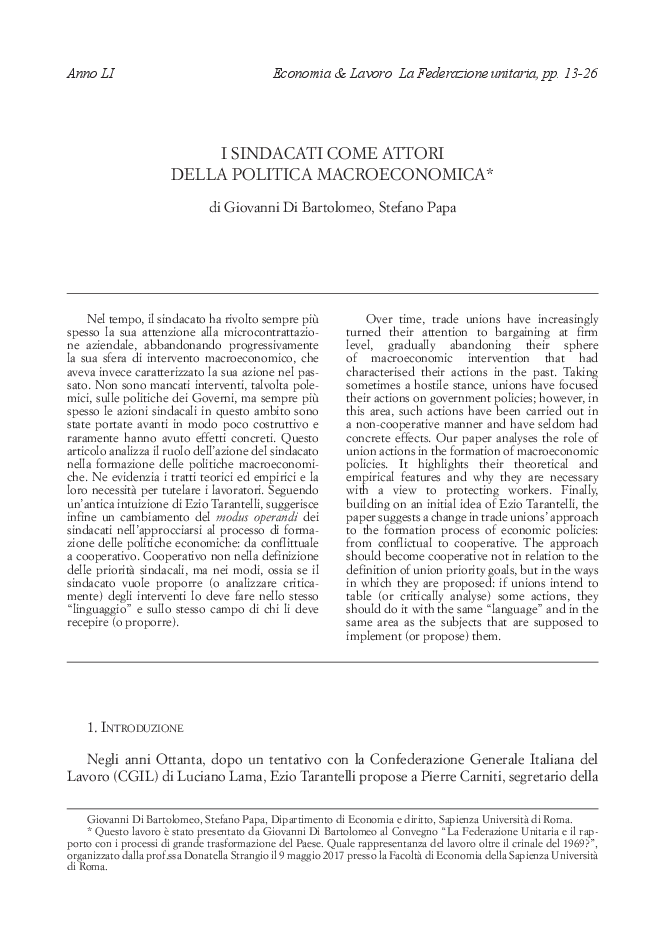