The economic growth during the Golden Age (1950-1971) was based on the institutional setup of the European economy, which - by means of different arrangements across countries - achieved a cooperative equilibrium between the conflicting interests of firms and unions, which allowed for an unprecedented growth in employment and income. The disruption, due to institutional obsolescence, of such coordinated equilibrium is deemed to have played a fundamental role, along with macroeconomic shocks, in the slowdown of the European economy after 1971, thus marking a difference with the previous phase of sustained growth. The present contribution demonstrates, instead, that the cooperative equilibrium between unions and firms survived also during the 1970s, extending the phase of sustained growth in Europe by a decade. From the dismissal of the Bretton Woods system until 1979, the institutional obsolescence had been offset by appropriate economic policies that, during the 1970s, contributed to stabilising the cooperative equilibrium between firms and unions by means of very low (and in some cases even negative) real interest rates. In particular, the strengthening of capital controls and the adoption of expansionary monetary policies reduced real interest rates, preventing savings outflows and sustaining domestic investments. The coordination mechanism became weaker and weaker starting in 1979 onwards, in conjunction with the newly established EMS framework, which stripped policy makers of their full discretion on interest rates, as well as with the faster and faster globalisation process and the loss of effectiveness of capital controls. It was only then that the obsolescence of the European institutional setups of the post-WWII period appeared in full. 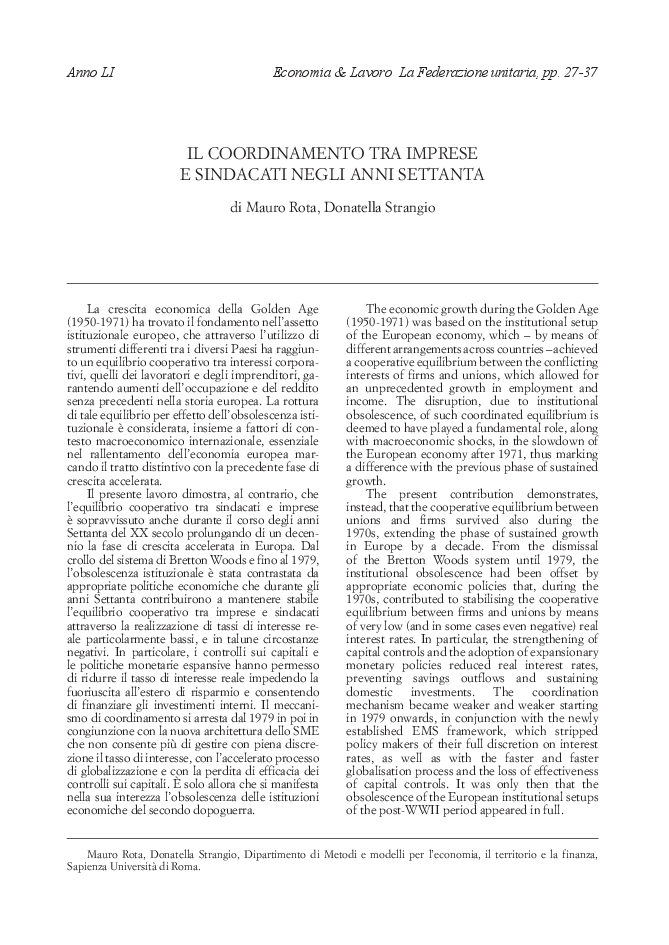