The Italian labour market is usually held to be characterised by strong rigidities in defence of open-ended employees and by a high degree of segmentation at the expense of the workers, mostly young, employed on atypical contracts. It is not, however, always clear how the concepts of rigidity and segmentation are defined, nor is empirical evidence provided in support of these observations, due in part to the limited availability of longitudinal databases with which it is possible to follow the same worker over time. This paper makes use of the longitudinal microdata collected in the ad-silc dataset, by means of which it is possible to observe the dynamics followed by Italian workers for a good part of their careers up to the most recent years. By so doing it offers original empirical evidence on the transition dynamics followed by workers employed on different forms of contracts, with particular focus on the initial stage of the working career. The data suggest shortcomings in the interpretation of the labour market that emphasises the existence of a large and solid core of fixed and highly protected insiders, considering it as a cause of the difficulties faced by the youngest workers in obtaining an open-ended contract. By contrast, the image of the labour market that emerges is more "liquid" than simply dualistic or segmented: many workers, and in particular the youngest, hover between states of fragility, alternating periods of work on standard contracts with periods on atypical contracts and intermittent employment. 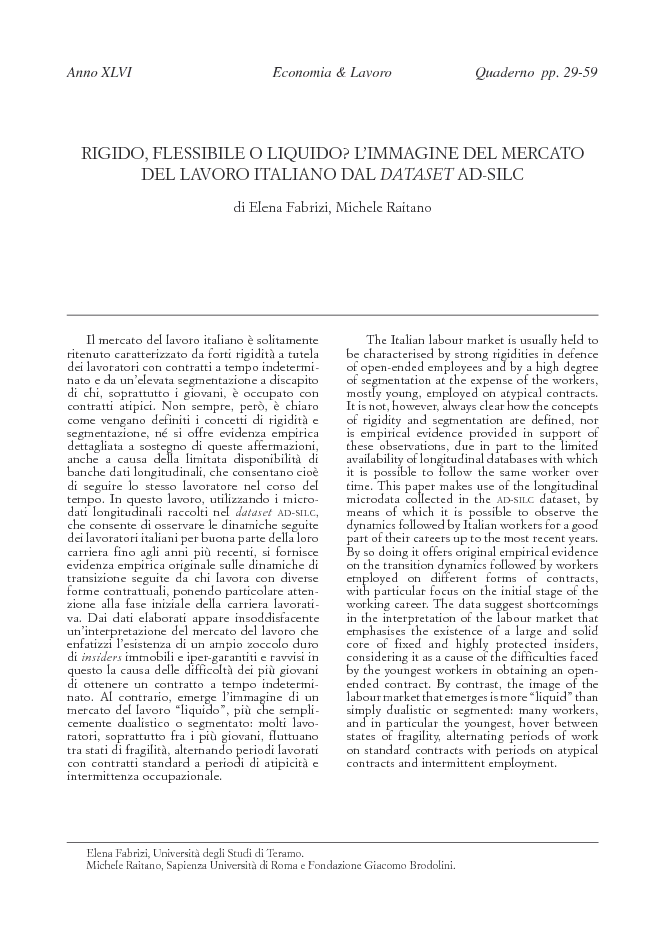