The trend in the earnings distribution can be analysed by means of adequate longitudinal datasets or repeated cross-sectional surveys. Particularly useful for this purpose in the case of Italy are the data assembled in the archives managed by inps (the Italian social security institution), which record the gross income for every individual employment relationship. However, these archives show a serious short-coming in that they do not record factors that are decisive for individual wages, beginning with educational attainments. The ad-silc dataset, constructed by merging the data on the individual characteristics of the 2005 sample of the it-silc survey conducted by istat (the National statistical institute) with the data regarding each episode in the working life of those interviewed in it-silc from the moment they entered the labour market to the end of 2009, takes us beyond this limitation. This study draws on the wealth of information recorded in ad-silc to trace out the trend in the distribution of gross annual wages over the period 1996-2009, distinguishing the workers between private and public employees on the basis of certain characteristics (gender, age, education, geographical location of the workplace). 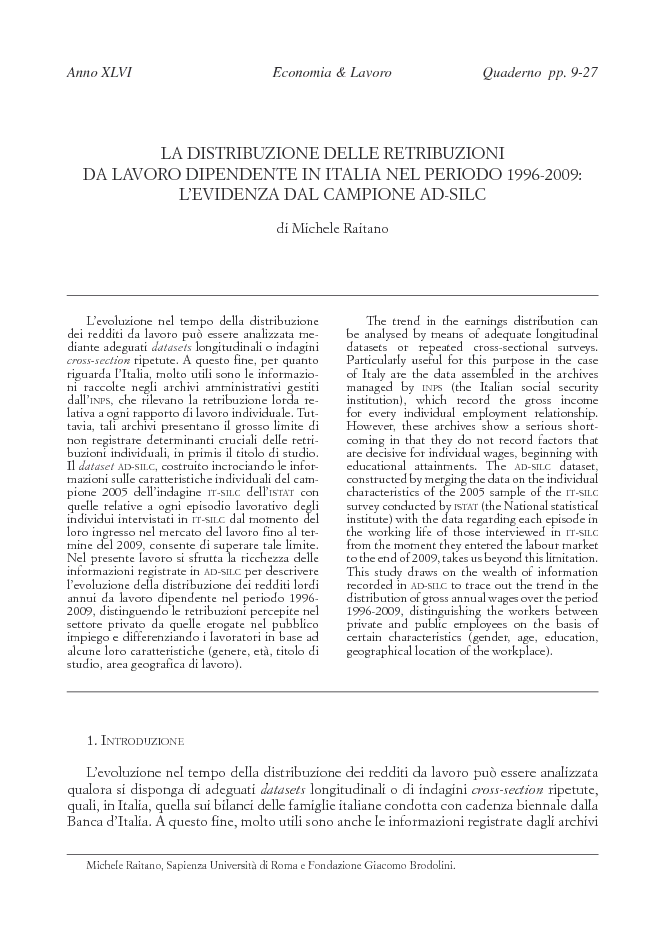