In the last third of the !&th C. several important treatises on government were translated into Spanish. This article questions the translators’ motivations and purposes, and focuses in particular on the translation of Bodin’s Six Livres de la République, published by Gaspar de Añastro Isunza in !#") in Turin, where he was in the service of Catalina Micaela, duchess of Savoy. The essay analyses the modifications due to the translator: the amendments concern primarily historical facts and ideas on the Spanish Monarchy and the Duchy of Savoy, while Añastro faithfully translated the theoretical passages about sovereignty and government. In its second part, the article discusses the role of this translation in the reception of Bodin’s ideas in Spanish political literature. 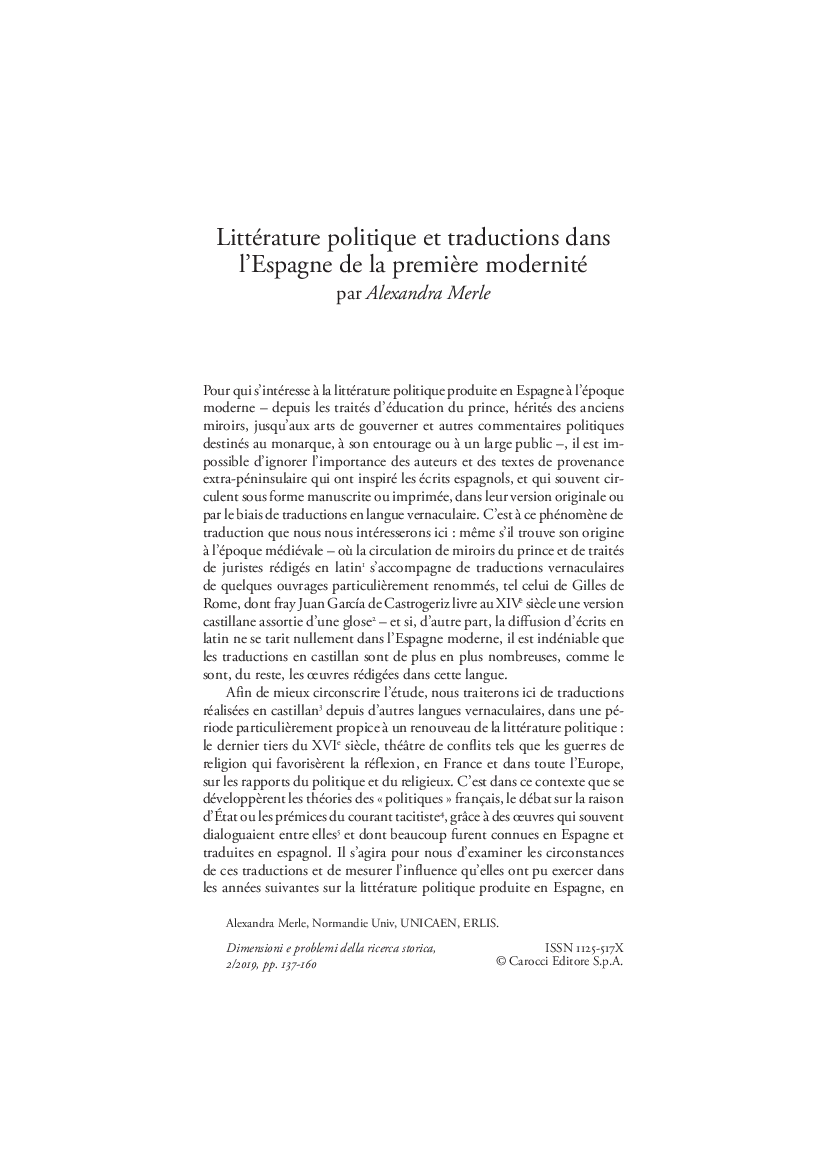