This article analyses the experience in Spain described by the Florentine patrician Girolamo da Sommaia in his Diary. At the beginning of the !$th C., he spent eight years at the University of Salamanca, and he took part in the cultural circles of the university city. Linked by kinship to the Guicciardini family of Florence, he always maintained close relations with the uncles who were ambassadors and rulers of the Grand Duchy of Tuscany. Sommaia was animated by a profound interest in the acquisition of literary and historical texts and in Salamanca he obtained many writings thanks to the loan and the copy of writings, and he put those he had brought from Florence into circulation in the same way. The essay describes the experience of borrowing and producing copies of texts, that would have entered a further circuit of spatial mobility, and focuses in particular on this process of exchange between poles of European politics and culture from the perspective of lending texts. 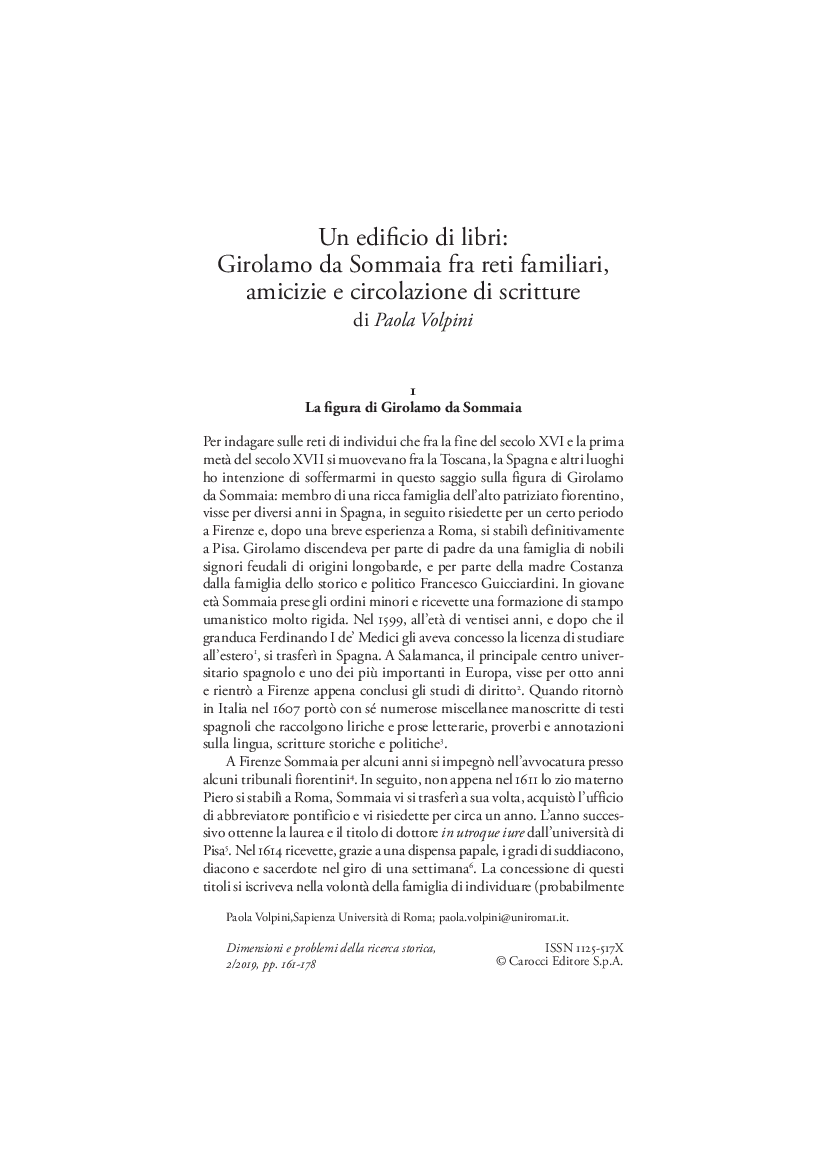