Historiography has focused recently on the image of Julius II, bellicose Pope by definition. The military institutions he used for his politico-ecclesiastical purposes, however, are still little known. New sources shed light on Pope Della Rovere's efforts to equip himself with military institutions that were up to the standards of his time. New taxes for the army were levied; the "Dataria" itself was involved; Julius ++ turned to Genoese, Florentine, even German bankers. New officials oversaw the armies in the field and other forces in the State. The high command, entrusted for the first time to a "capitaneus generalis Sanctae Romanae Ecclesiae" (the nephew of the Pope, Francesco Maria Della Rovere), was given more power. Even the employment of Swiss soldiers wasn't a measure directed against Roman nobility, as earlier historians had thought. Like others in Europe, Julius ++ just wanted to acquire professional and efficient forces. 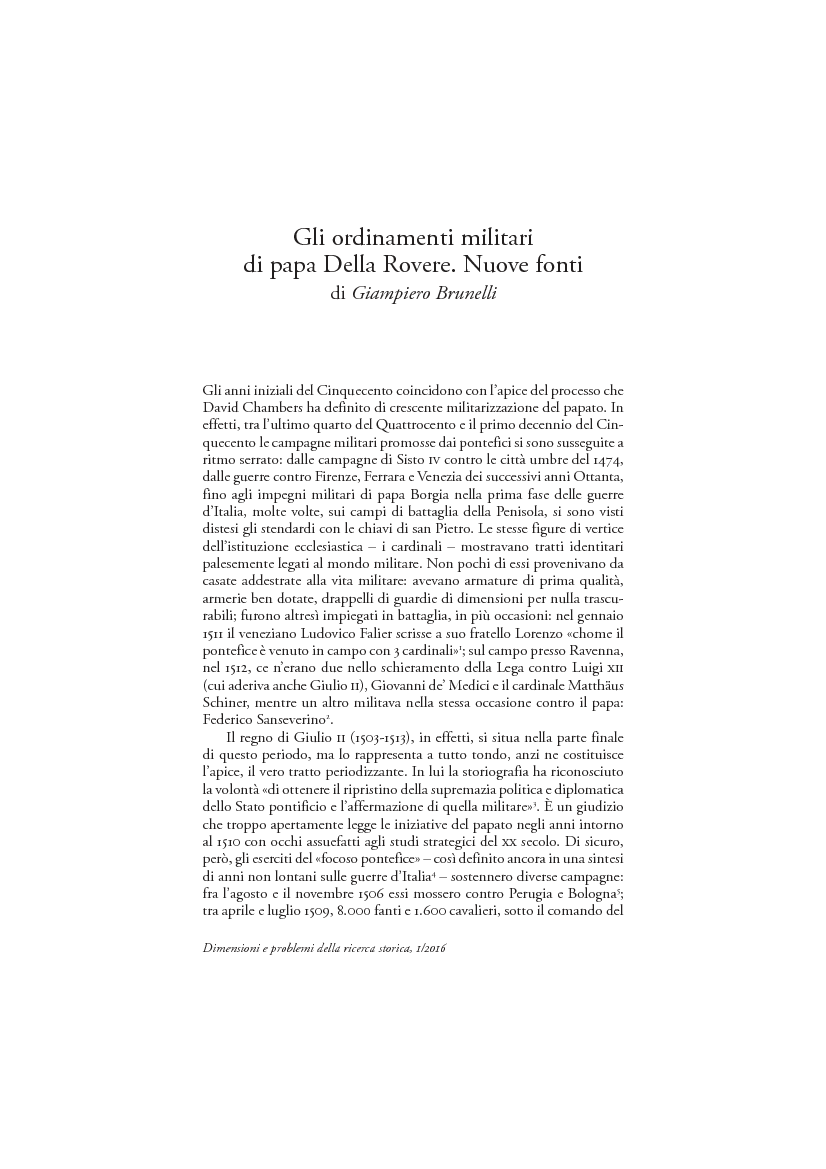