As the political capital of Italy and religious capital of the Catholic world, Rome was very often the focus of articles and travel reports by French journalists and writers during the fifteen years after the Second World War. This led to multiple views and opinions being expressed about the city and its inhabitants. However, the images of Rome they generated were part of then dominant representational systems and the result of many factors: the heritage of Antiquity (traditional images of the Eternal City) or, more recently, fascism and the legacy of the war, the historical context of the war's end, the years of political stabilization and economic growth, and finally the position of the observers themselves (travellers or residents) and their own political views. This article looks closely at all these factors, before going on to examine the representations of Rome through two periods (1945-1948; 1948-1960). 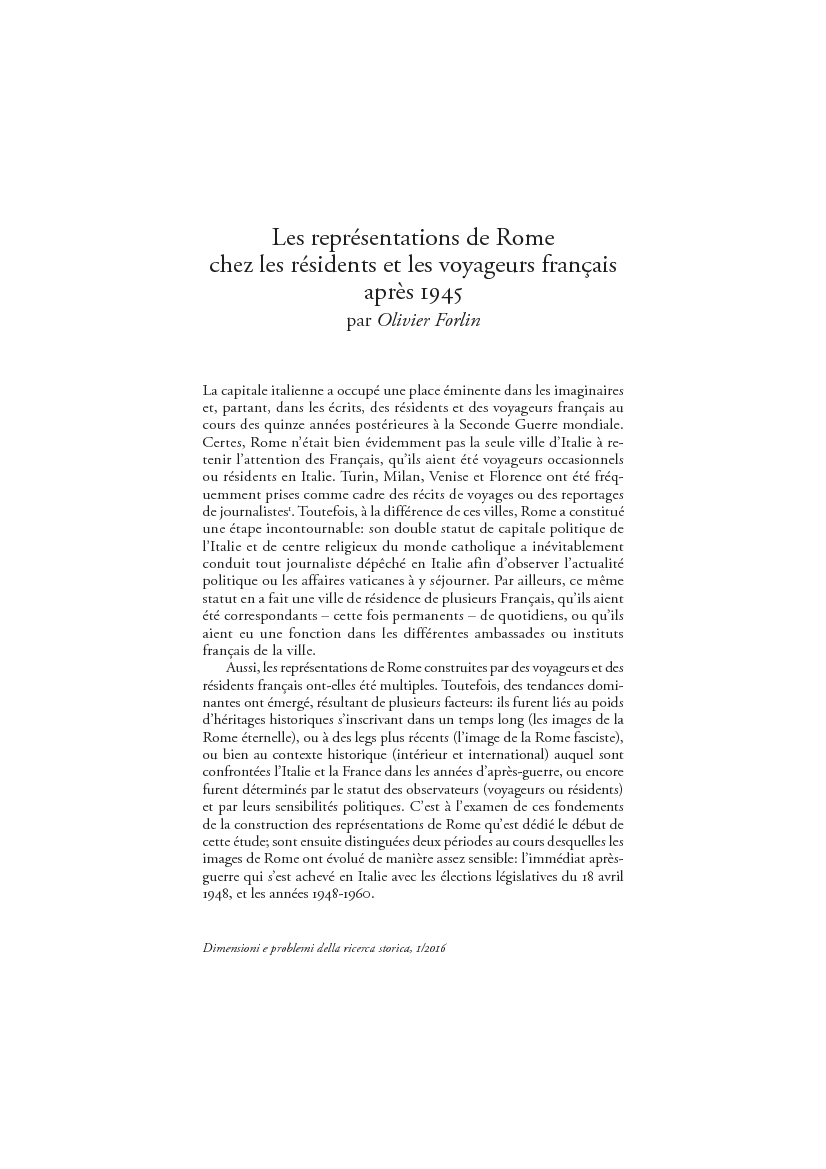