Enrico Caterino Davila, Alessandro Campiglia, Girolamo Frachetta, Omero Tortora were only a few of the Italian historians who, between the Sixteenth and the Seventeenth Centuries, devoted themselves to narrating the French civil wars. Written with a polemical intent or, conversely, as apologies, these texts discuss the fate of the only country in a position to challenge Spanish power on the continent. They express judgments in the light of the political dynamics and the cultural and religious life of Italy offering explanations for the so-called "quiete d'Italia" which appeared to some observers as the guarantor of a dual oppression over the peninsula, that of Spain and of the Church of Rome. Combining an analysis of texts with an examination of events from the biographies of the authors and of the some protagonists in the affairs narrated (the head of the League, Charles de Lorraine duke of Mayenne; Filippo Sega, pontifical legate in Paris) it clearly emerges how the debate that arose in Italy over the French wars of religion helped to reinforce arguments in favour of confessional unity and political pacification. 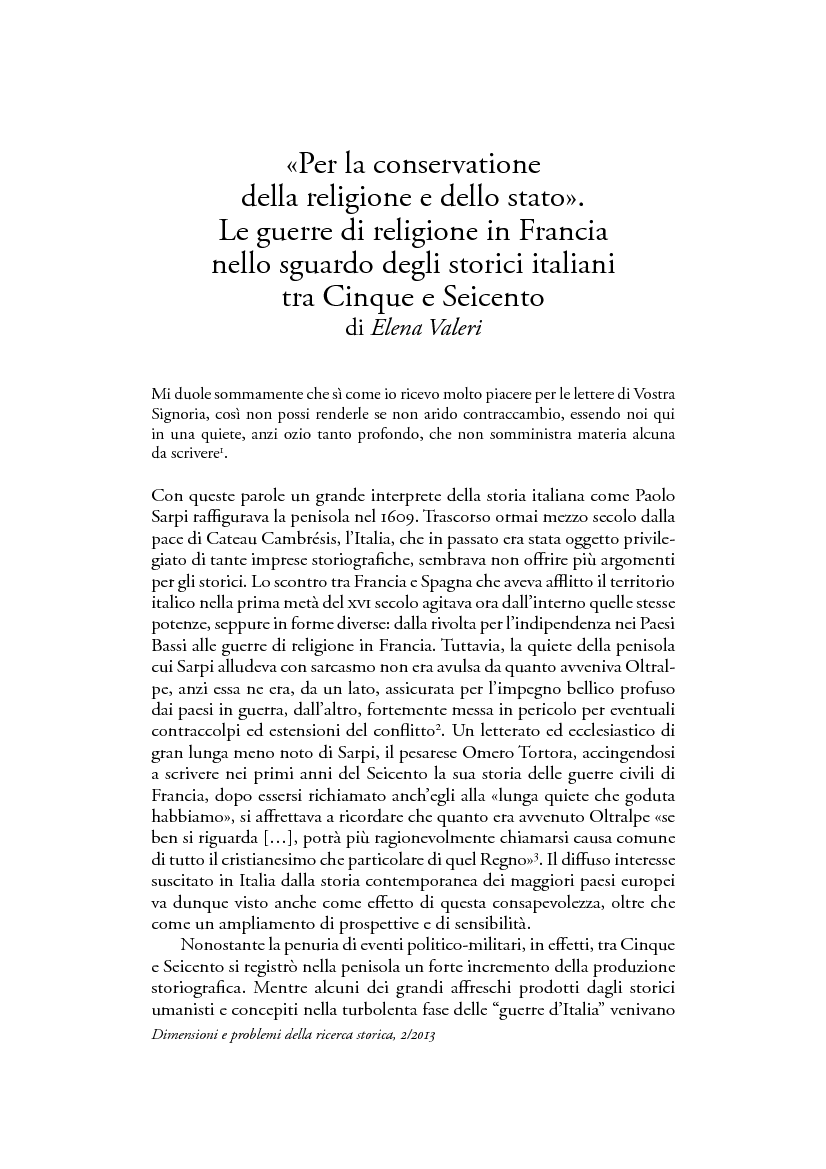