In this essay, the Author proposes an analysis of the texts of the Tuscan bishop Agostino Albergotti, who described the earthquake of 1796 in Arezzo and the miracles of the so called "Madonna del Conforto", and of the work of the Neapolitan hagiographer Pietro Degli Onofri, who portrayed the eruptions of Vesuvius occurred in the same years. Both the writers considered natural disasters as punishments from God, angry with humans who had chosen to reject his love, supporting the French Revolution and denying the salvific value of Christian teaching and worship. However, the two authors also undertook to refute the thesis of many philosophers and naturalists, who tried to explain natural calamities with rational methods. Albergotti and Degli Onofri were enjoined to defend the faith through "rational" arguments. To achieve their goals, they also used scientific reasoning, but only in an instrumental way, postulating the primacy of the religious sphere and finally rejecting the power of reason. 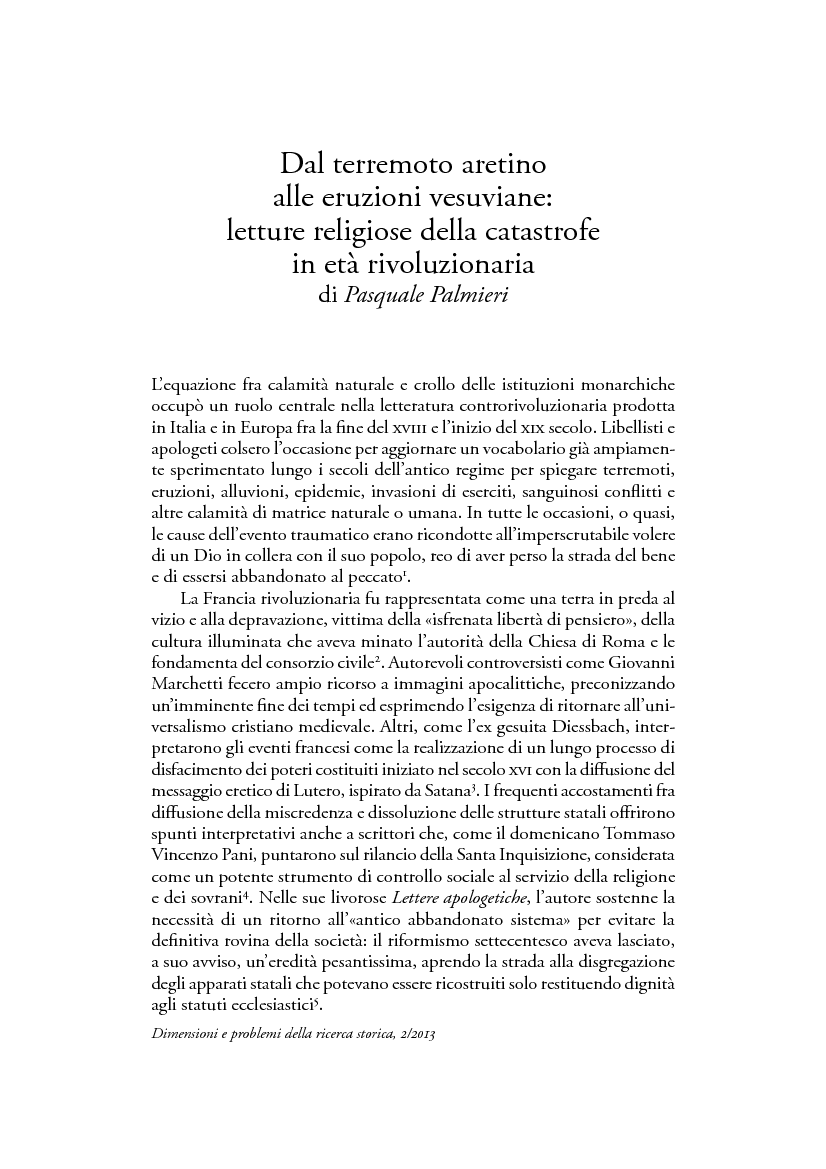