So far historiography had not paid attention to the international impact of the great Sicilian earthquake in January 1693. Yet the disaster raised considerable interest (mixed with anxiety) across Europe, in the scholarly community as well as the public opinion. The paper shows that the news of the event travelled along multiple relays (o*cials, merchants, seafarers, scholars, etc.) and with surprising speed. They resonated throughout the continent via a profusion of letters, publications, sermons (that presented the catastrophe as a terrible example of the wrath of God). The earthquake had also an effect on the ongoing Nine Years' war (Sicily belonging to Spain, one of the powers of the Grand Alliance fighting against France). Last but not least, the disaster gave a strong new impulse to seismological studies across Europe. The broader implication of this telling example of connected history is the following: Europe's curiosity for large earthquakes started earlier than what is usually believed (i.e. the 1755 Lisbon earthquake). 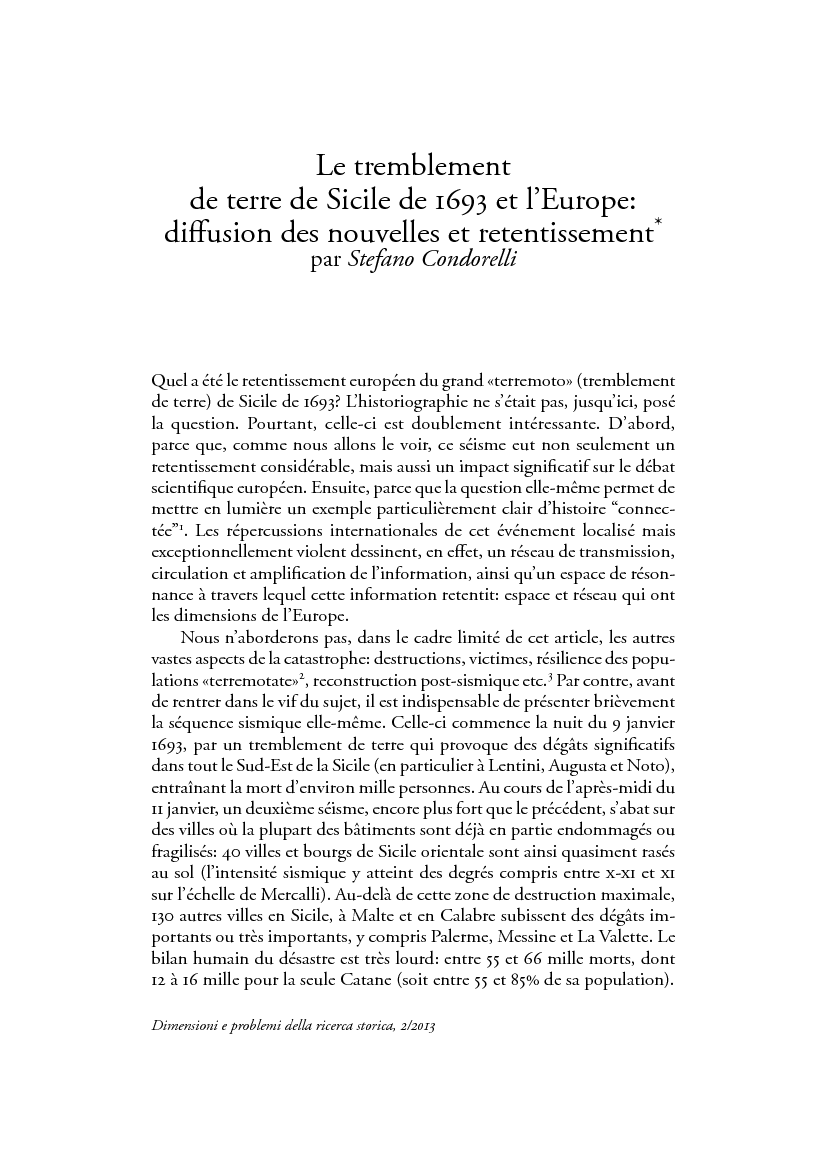