Great calamities are a distinguished topic in the historical literature. Usually scholars tend to emphasize the dramatic traits of the event, or the social gaps left by the disaster within the communities. Rarely, however, disasters are studied as an opportunity in the course of their occurrence. In the specific case of epidemics, an ironic "cliché" argues that they bring some benefits only for funeral operators. Although it is true that the undertakers obtained, at their own risk, major gains during plague period; but they were not the only ones to take advantage of the tragic situation. In fact, even ecclesiastical people could greatly increase their revenues thanks to the exceptional number of funeral ceremonies caused by epidemics. This article aims to show an example of this increase by studying the revenues of some secular clergies during the devastating gastrointestinal fever that struck the city of Naples - and its Kingdom - in 1764. The purpose is to connect these profits to the broader policy of social penetration built by the Neapolitan Church, who had in death and its rituals one of her main pillars. 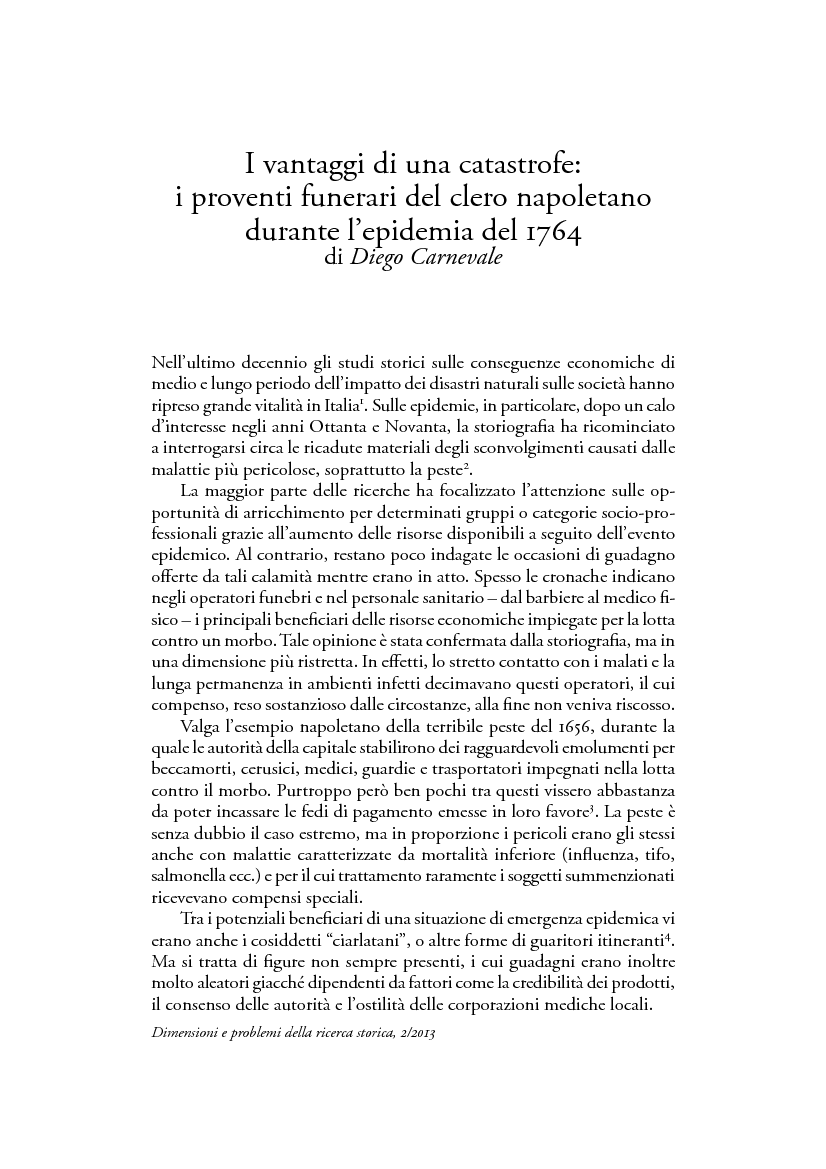