This article examines the relationships between the government and some of the major shipping companies during Fascism. To a large extent, these relationships revolved around two credit institutions, Consorzio per sovvenzioni su valori industriali (CSVI) and Istituto per il credito navale (ICN). CSVI and ICN had to provide subsidized loans to aid the maritime industry, a sector considered economically and politically strategic by fascism. In order to induce them to grant credit, Bonaldo Stringher – Governor of the Bank of Italy, of which CSVI was a section – and Alberto Beneduce – creator and President of ICN – were subjected to strong pressure from entrepreneurs, some ministers, and Mussolini. 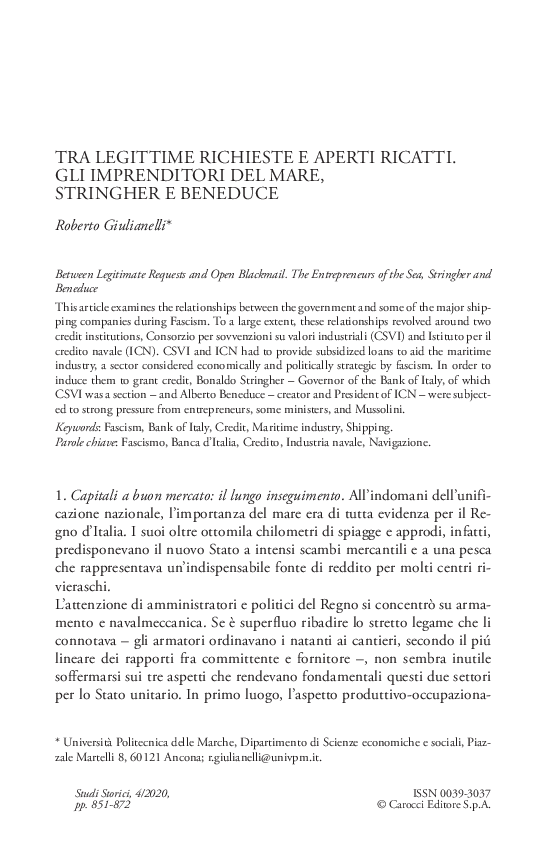