The theme as to whether the banker is the capitalist par excellence evoked by Schumpeter, or the lender of other people’s money who has to be accountable to society, is again en vogue after the 2008 financial crisis. This essay looks at the issue through the lenses of Józef Toeplitz, a Polish-born banker who was Banca Commerciale Italiana’s executive director from 1917 to 1933. Toeplitz was called upon to cope with the 1930s banking crisis that eventually put an end to the first era of universal banking in Italy. Above all, he was obliged to accept that economic questions had become a matter for governments, not bankers. His story of pragmatic, if incomplete, adaptation to the new reality highlights the ‘political’ nature of the 1930s Italian banking crisis. 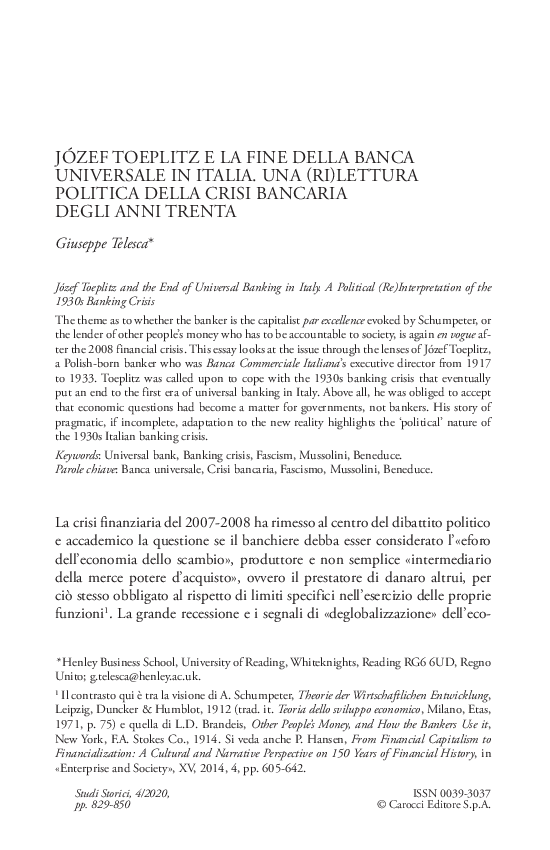