The article concerns political relations between the Sforza dominion and its alpine neighbors. Many actors operated within and across the frontiers: lords, state officials, communities and so on. International relations gave these protagonists the opportunity not only to promote bold political initiatives, but also to outline their identity. A community, a jurisdictional district, a fiefdom, and finally a state were not statically defined entities, but configurations in the making. The same hierarchy of powers in the state was remolded, because reprisals and collective responsibility for damages suffered by foreigners could strengthen the solidarity between the duke, the officials and the subjects, but periodically the subjects reacted by promoting initiatives that were so autonomous that even the subordination to the prince was put into question. 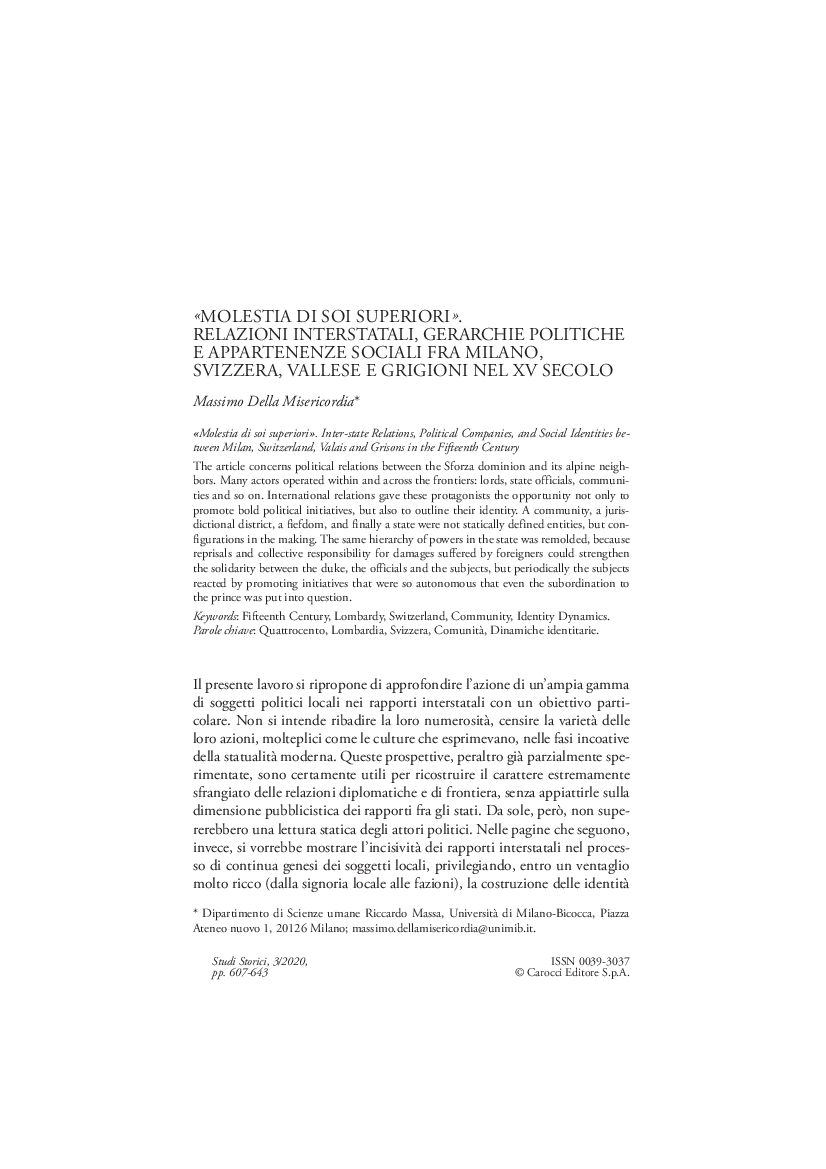