The paper aims to investigate the role played by the treaties of accomandigia in the Florentine international relationships between the mid-fourteenth and early fifteenth centuries. Through the accomandigie, the Republic tied itself to different political realities, from rural lordships to other states. Florence oriented the creation of such ties towards different territorial areas and made different uses of them, depending on the context. The accomandigia was therefore a tool with which to enhance its presence within a certain territory (such as in Romagna) or with which to respond strategically to the movements of its opponents (as in Lunigiana and in the Sienese countryside). Finally, in the case of the relationships with Montefeltro and Piombino, the accomandigia may be seen not as a support mechanism, but as the true substance of the interstate relations. 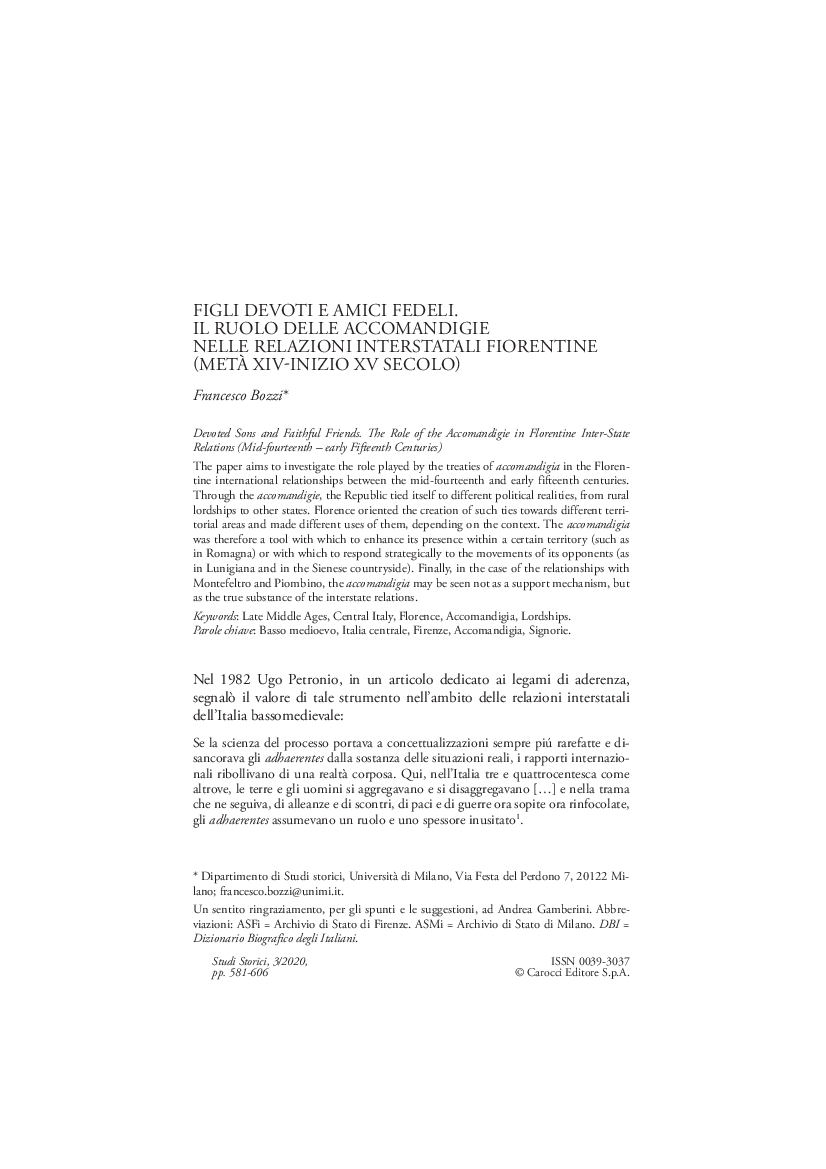