Rosario Villari never devoted a specific work to the historiography written in the Kingdom of Naples during the sixteenth century. Nonetheless, in his studies we see a continuous interest in Neapolitan historical works of the early modern age (Porzio, di Costanzo, Costo, Summonte). Using several concrete examples, the article aims to draw attention to Villari’s innovative work of valorising sixteenth- and seventeenth-century southern Italian historians. Villari considered Neapolitan historical works necessary sources for the study and understanding not only of the Kingdom of Naples, but of the entire Italian peninsula, as well as being a genre well suited for developing ideas that could encourage the transition from theory to political initiative. 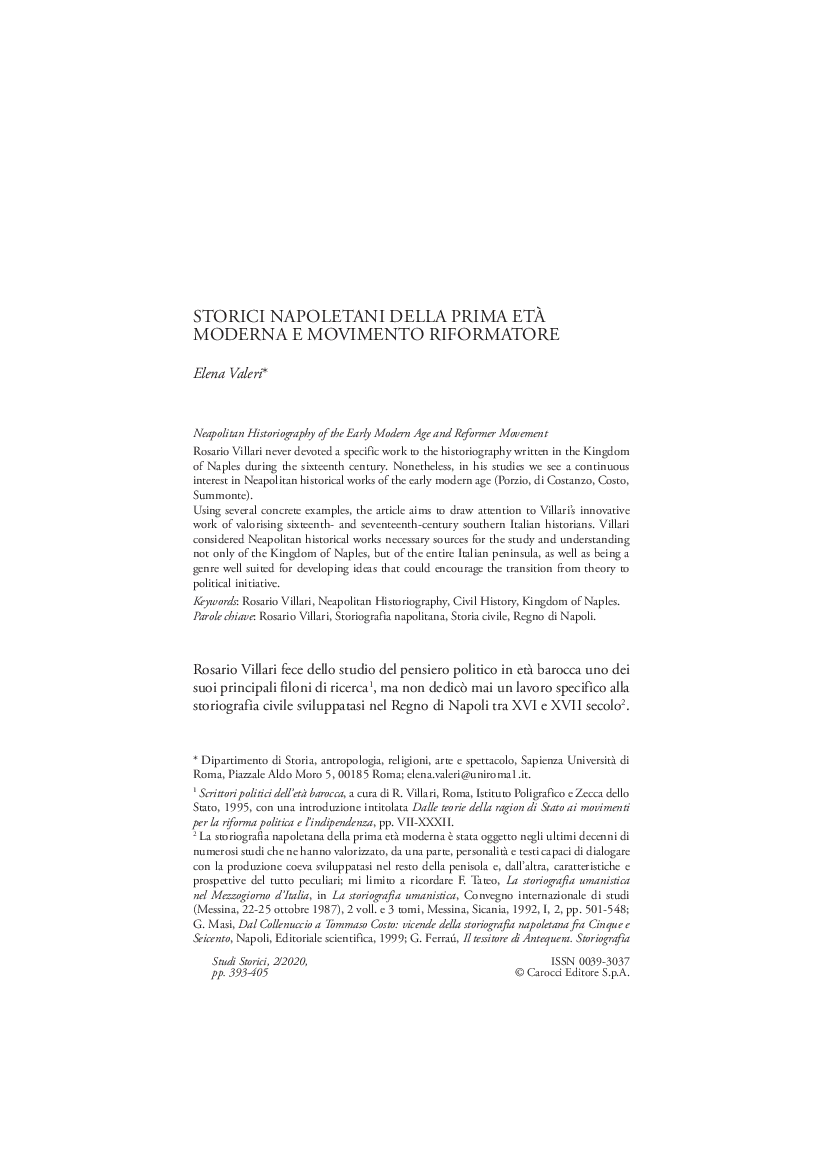