This article aims to examine the approaches adopted by Rosario Villari to seventeenthcentury history in the light of his relationships with scholars outside Italy. Villari’s works will be interpreted by consulting his correspondence housed at Fondazione Gramsci. It appears clear that his ideas on the complexity of the seventeenth century developed and matured in close connection with the contemporary international debate, just as it was fostered by intense scholarly and personal exchanges with French, British, American and Spanish historians. We have identified two important points in his career: the late 1960s, when he became interested in the comparative study in Europe of popular rebellions and social relationships in the rural setting; and, later, in the 1980s, when at Princeton his scholarly attention shifted from economic-social topics to political and cultural history. His last work – Un sogno di libertà – reflects this change in a problematic way. 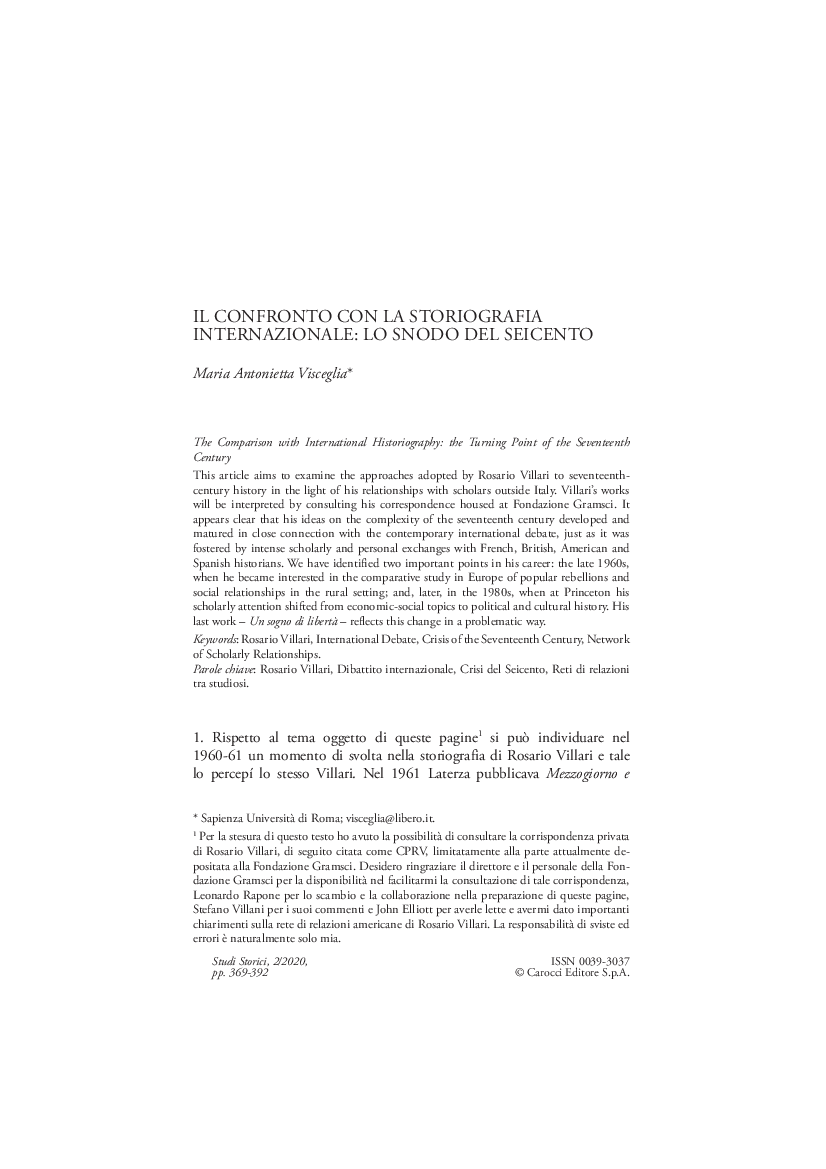