This paper aims to contextualize Lombardo Radice's political action in the broader framework of the PCI's history and the history of the international communist movement, with respect to the rise of political protest in the Eastern countries. The main sources will be archive documents and secondary sources. Through investigation of Lombardo Radice's position toward the former ruling class of the Prague Spring, Soviet Dissent and (though to a lesser extent) the Polish opposition, Lombardo Radice's political particularity emerges. Although moving from a historical evaluation not intrinsically hostile to the USSR, as shown by his demeanour concerning the case of Solzhenitsyn, Lombardo Radice in certain ways represented a vanguard within the PCI, an intellectual able to overcome ideological and political boundaries, due both to ties with the USSR, and to the political situation of the time. 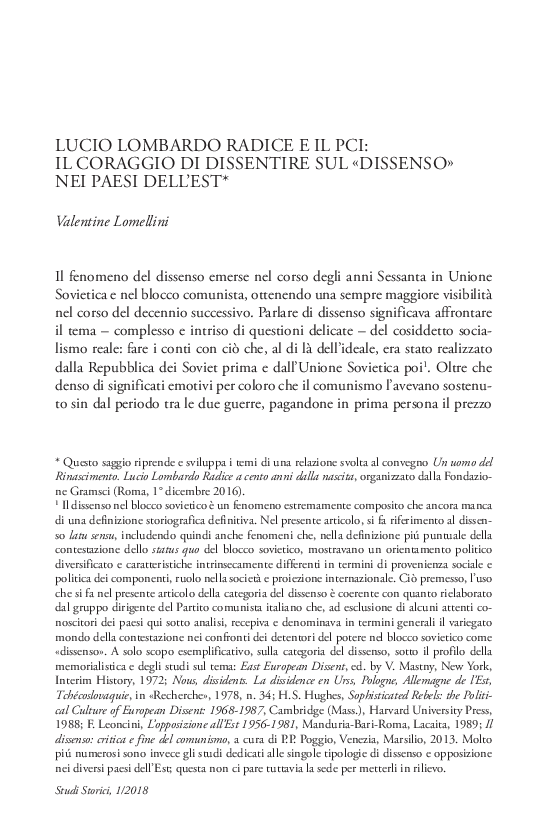