Using the regressive method (from 1976 to 1921), this essay analyses the relationship between the materialism of Lucio Lombardo Radice and the modernism of Ernesto Buonaiuti. Lombardo Radice was among the promoters of the dialogue between Marxists and Christians, building on the thought and works of Friedrich Engels. The papers in his private archive, conferred to Fondazione Istituto Gramsci in 1987, contain many traces of this dialogue: this essay follows the one leading to the publication, in 1976, of Vittorio Messori's "Ipotesi su Gesù", with an introduction by Lombardo Radice. This small book was written to show that Atheism was not co-essential to Marxism, and thus to highlight the teachings of a man named Jesus. The essence of Christianity was at the center of the dialogue with Ambrogio Donini and, above all, with Arturo Carlo Jemolo, Lucio Lombardo Radice's father-in-law. This essay suggests that, behind the personal and family relationships, Lombardo Radice's attitude towards the Christian religion was related to Ernesto Buonaiuti's "Essenza del cristianesimo" (1921). 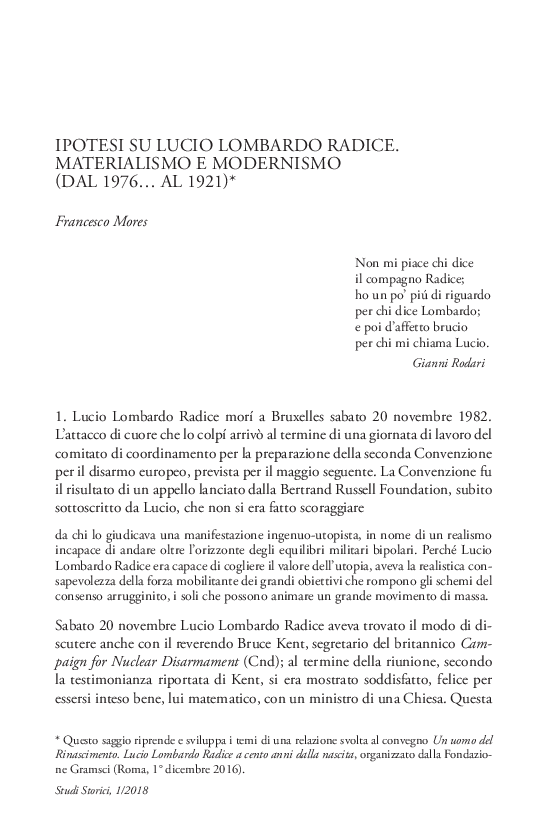