Three corporative phenomena contributing to growth are analyzed, all of them starting from the widening of market exchanges provided by the guilds, a theme developed in the preceding essay on guilds and growth: the development of productivity driven by corporations' organizational activities; the offsetting of power disequilibria and monopolistic abuses; the erosion of monopolistic forms of pricing due to multilateral interactions. Guilds had major capabilities in organizing the economic environment in which the productive activity took place: they had normative powers, interacted with the central government, and fostered new techniques. Guilds presided over strategic positioning on the market, and assured economies of scale and scope. Guilds exerted a power of vertical integration. But when formerly subordinated productive categories acquired independent corporative organization, they smoothed over what were formerly high concentrations of power and revenue. Guilds are accused of monopolistic pricing. A deeper analysis shows a structure of multilateral cartels, in which monopolistic pricing was replaced by a network of bilateral monopolies and was only contingent. Major concepts emerge against those of pure competition: customer/provider relationships, symbiotic systems, the «dear enemy», symmetric escalation or bargaining, conflict resolution, strategic pricing, and centralization. 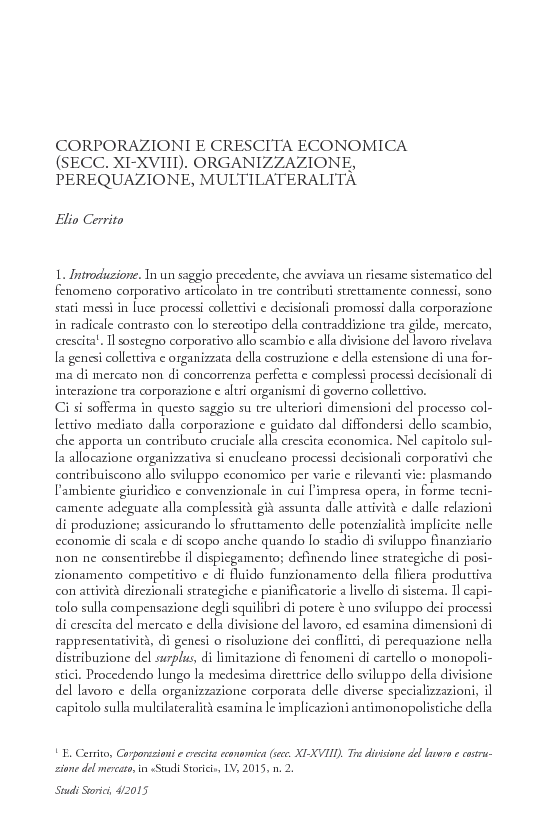