The essay, mostly a result of research done in the Historical Archive of the University of Bologna, will focus on Edoardo Volterra's rectorate. After dedicating himself to actively fighting the regime, he was chosen by the CLN as vice-rector of the University of Bologna, an office which he was to assume on Liberation Day. The CLN also choose as honorary rector Bartolo Nigrisoli, then eighty-six years old, the only one of Bologna's professors to reject the oath of 1931. Edoardo Volterra, because of the opposition of some of his «ex-fascist colleagues», managed to take office only on 05 May 1945, two weeks after the Allies' arrival in Bologna. The elections of 19 June 1945 were also to demonstrate the great strength of the opposition: Volterra was elected on the second count with 33 votes, against the 29 conferred to Felice Battaglia. The Rector of the Liberation held office until 31 October 1947, carrying out the hard work of reconstruction. Guido Guerrini, formerly Goffredo Coppola's pro-rector, succeeded him at the University's helm. 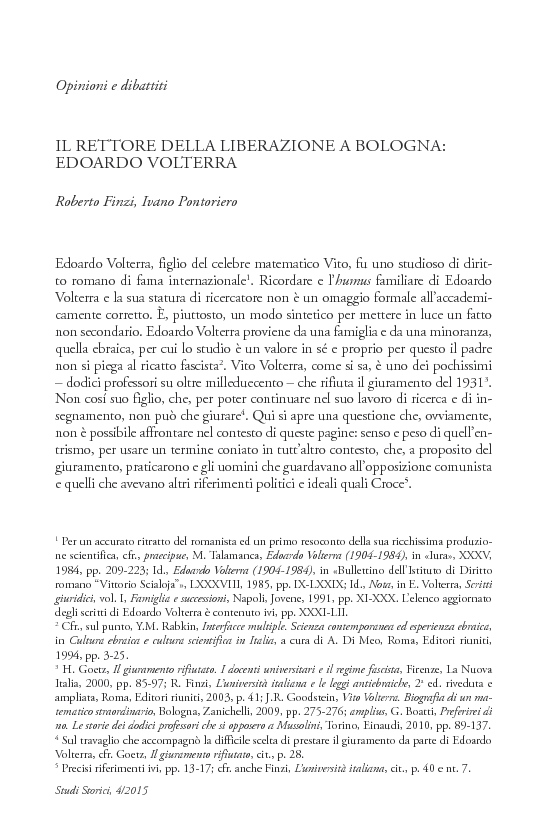