The article sets out a reasoned exposition of the lines of inquiry on the Italian war of 1940-1943 as developed by scholars over the past quarter of a century. Among the factors that, in the late 1980s and early 1990s, contributed to opening a new season in historiography, particular mention is made of the Mussolini biography by Renzo De Felice for the period in question, and of a significant series of collective reflections, starting from the meeting, entitled L'Italia in guerra 1940-1943, organized by the Micheletti Foundation in 1989. The article underscores the broadening of the topics discussed by historians, and the positive trend to question the collective and self-comforting image of the «only fascist» war, alien to the traditions and the common sense of a non-imperialist country. The narrative focuses on the following areas of research: political and military strategies, industrial production, fascist expansionist designs, military occupation in the Balkans, the home front and aerial raids against Italian cities. 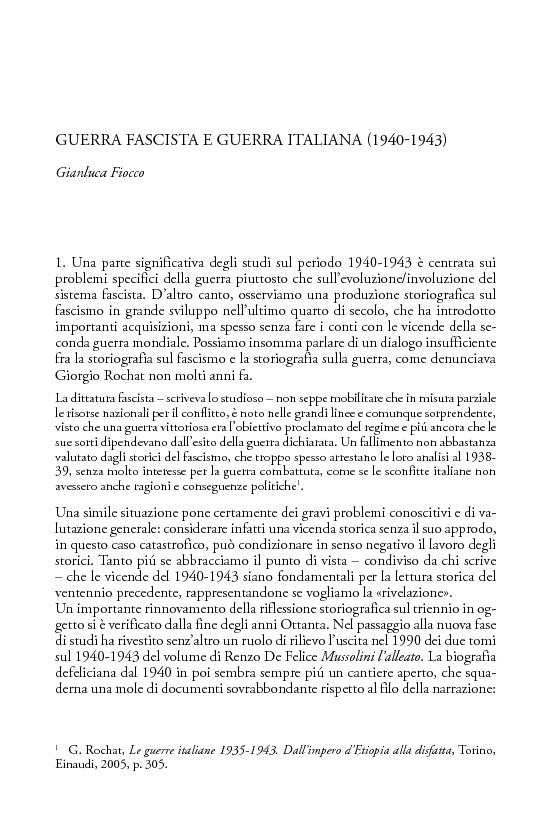