This paper examines the Popular Fronts policy adopted by the Communist Party of Italy (PCd'I) in the mid-1930s. During the Seventh Congress of the Communist International, a political vision emerged and took shape in the PCd'I's foreign centre, to deal with typical aspects of Italian fascism that were deeply rooted in the country and thus strongly influenced the international political debate. From that moment on, the development of the PCd'I's political thinking focused on identifying partial political goals aimed at activating the working masses. The appeal to the "brothers in black shirts", made in the summer of 1936, fits into this strategy. The investigation and the historical evaluation of the origin and the political meaning of this appeal were mainly focused on its political ambiguity, which resulted from a choice on which the top leaders of the Communist International and Togliatti himself would not have agreed. However, the available sources allow us to retrace the different phases that led to crafting the appeal. In this way, one may see that it resulted from a decision made among the leaders of the Communist International (IC). As a matter of fact, the leaders started discussing it at least as early as February 1936, in the context of the broader long-term analysis of fascism and in connection with the political planning that the PCd'I was to apply to Italy. 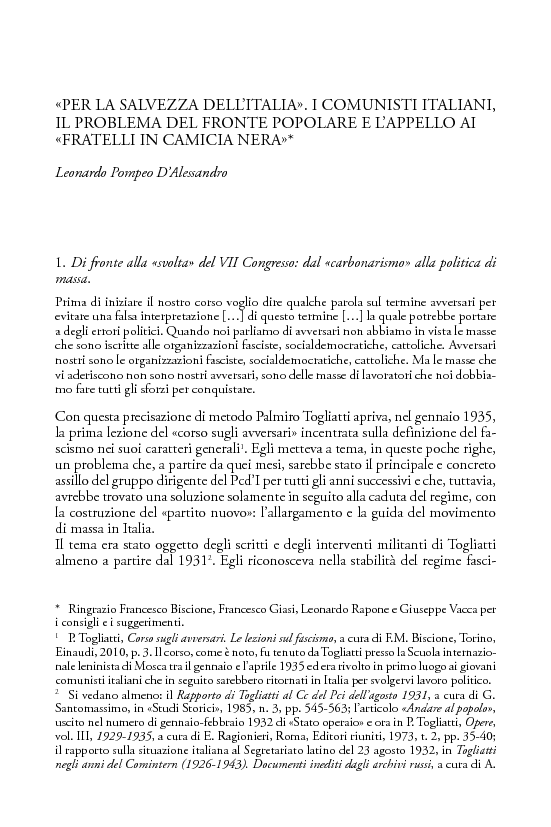