Historical research has clearly identified sharp peaks in changing values around 1800 and 1900. Sociological surveys, also related to political sciences, as well as recent historical research, now indicate that the 1960s and 1970s represented another such wave of accelerated change in values. This article will deal with what this last, third wave of changing values looked like, and how it can be explained. Its focus is the internal debate of the Italian Communist Party on the divorce law, introduced in Italy in 1970 and then reconfirmed with a referendum in 1974, and on changes in the family more generally. This debate was to see intensive development: first was the Female Section of the Party that in the early 1960s criticized the abstract conceptions of the communist family; then the ruling group, moving from the political agenda, also began to elaborate a renewed family model. This was the product of different reflections: partial acceptance of cultural and ethical change, a reconfirmation of the idealistic and class-based vision of society, and special strategic attention to the position of the Catholic party and the Vatican. From these various and conflicting expectations, a new family model can be formulated, that has only a partial relationship with the change in values currently underway in Italian society. The article begins with a reconstruction of the historiographical debate on the changing values in Italy during the 1960s and 1970s. 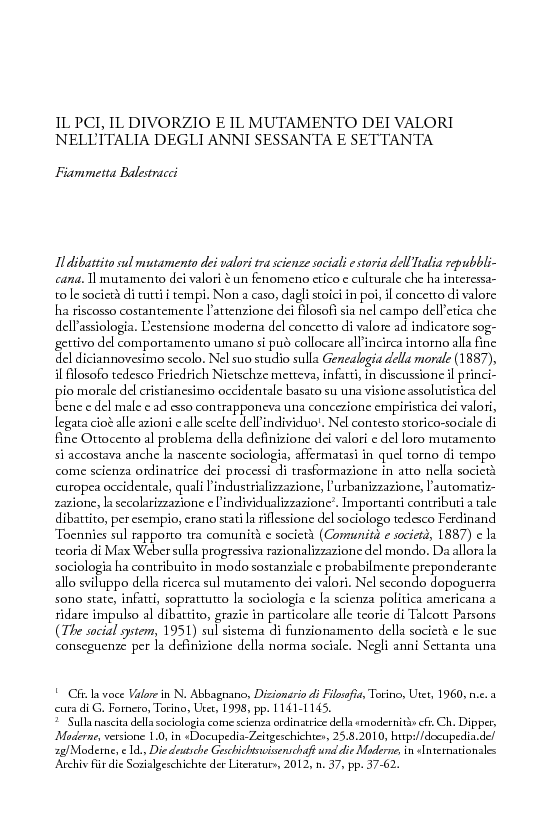